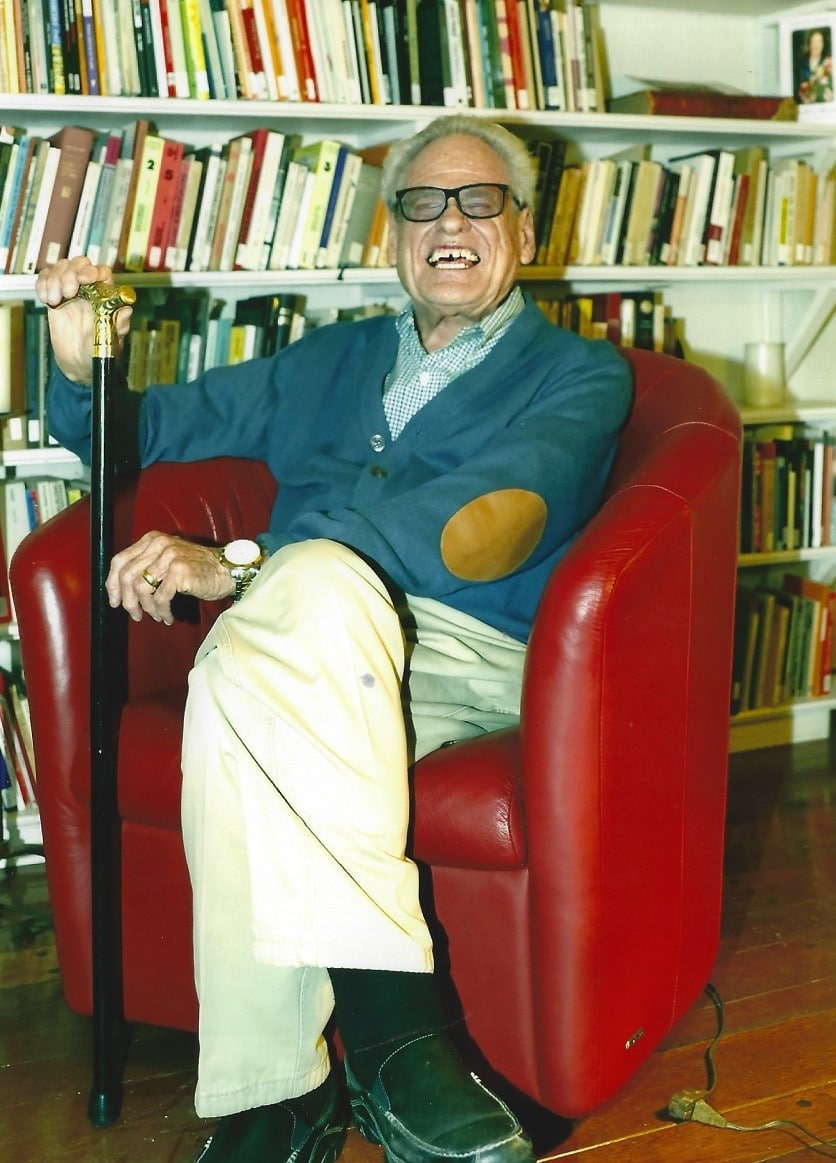 David William Foster, a Regents Professor of Spanish and women and gender studies at Arizona State University has written extensively on Argentine narrative and theater, and he has held Fulbright teaching appointments in Argentina, Brazil, and Uruguay. He has also served as an Inter-American Development Bank professor in Chile. Foster has held visiting appointments at Fresno State College, Vanderbilt University, University of California-Los Angeles, University of California-Riverside, and Florida International University. He has conducted six seminars for teachers under the auspices of the National Endowment for the Humanities, the most recent in Sao Paulo in summer 2013.

In 1989, Foster was named the Graduate College’s Outstanding Graduate Mentor, and in 1994 he was named Researcher of the Year by the Alumni Association. He received the 2000 Armando Discepolo Prize for theater scholarship awarded annually by GETEA (Grupo de Estudios de Teatro Argentino y Latinoamericano) of the Universidad de Buenos Aires. In 2010, Foster was honored for his lifetime work on Argentine culture by the Centro de Narratoloia at a program held at the Argentine National Library. He is past president of the Latin American Jewish Studies Association.

I first met David soon after I returned to Phoenix in 2000 as a columnist for the Arizona Republic. He was teaching a course on the History of Phoenix and asked me to give a lecture, which turned out to be the first of many such invitations. …One of the great friendships of my life blossomed. It reached to include my wife Susan, David’s wife Virginia Foster, professor emerita at Phoenix College, his son David R. Foster, a Deputy Maricopa County Attorney, and “Young David’s” wife Anni, who is general counsel for Arizona’s Governor. He also delighted in the time spent with his two grandsons, Gus and Will and with his surviving sister Rosalie LaMear.

David William Foster came to Phoenix in 1966, when the old city was very much intact. Unlike the many traducers I faced as a columnist, he understood what we had lost and felt it keenly. He lived in Palmcroft and kept “an urban lab” condo at the Embassy just north of downtown, a place where he could show students the city. Both were lined with custom-made bookshelves to make a bibliophile’s mouth water — and he had read every volume.

He was the definition of a Renaissance man, able to talk with keen insight about virtually every subject. Even the most casual conversation with David was stimulating and one came away having learned. And even though he was old school in the best ways, semi-joking that students shouldn’t speak in class until they were seniors, he wore this amazing learning lightly. With an easy gap-tooth smile and dapper style, he had a wry, dry wit. Whether the setting was dinner at Durant’s or one of the who’s who parties at the Foster house or our place in Willo, David was the natural star. We happily orbited around him.

This perch was a long way from his working-class roots in Seattle’s Wallingford neighborhood (which was not the upscale district of today). His hard work and intellect sent him through the University of Washington, where he earned his degrees. As a newly minted Ph.D. in romance languages and literature, he arrived at ASU only eight years after it became a university. His true north was the humanities. As he was quoted in a 2015 article, “Humanities is all about the description of the human soul and the life that soul lives.”

…Foster had grown up with the university, his international achievements adding to its growing reputation, and he thrived [there]. In 2016, David marked 50 years teaching at ASU. I was honored to be among the speakers from several nations who gave speeches lauding him. At the time, he told me, “After 50 years, I am ready to begin to be a university professor.” Indeed, he kept teaching, writing, and leading trips to Latin America until nearly the last. He never lost his passion, his ever-widening curiosity. At the tribute, I could see a fraction of the generation of students whose lives he had beautifully imprinted forever. As Dan Fogelberg wrote, “His gentle means of sculpting souls took me years to understand.”

We had dinner at Durant’s last year. As usual, he snarfed up the amuse-bouche plate of vegetables as we savored martinis and talked about everything. As always, his company was joyful. He was a mensch, a gentleman and a scholar. ..But knowing David and carrying all those memories eases the pain. Rest in peace, my friend, until we meet again.

A celebration of David’s life will be held on his birthday, Friday, September 11, 2020, at Brophy Chapel at 2:00 p.m. followed by a reception. Everyone is invited but please respond to https://fostersfolliesphx.blogspot.com

Memorial gifts may be made in David’s memory to the Foster Latin-American Research Fellowship Endowment, ASU Foundation at asufoundation.org.
Condolences may be sent to www.whitneymurphyfuneralhome.com.

Offer Hugs From Home Condolence for the family of FOSTER, DAVID WILLIAM