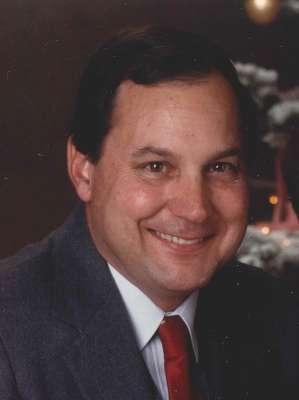 Jack Frost was born in Waterloo, Iowa on August 23, 1941 and passed away on July 7, 2015. Jack has lived in Phoenix since he was an infant and attended Phoenix Union High School, Phoenix College and Arizona State University. Jack served in the Army National Guard. He was a real estate broker, an avid sports fan and a loyal ASU football and tailgate fan for many decades. Jack is survived by his wife Marilyn, daughter Kim, son-in-law Dave, grandkids Torin, Brock and Avery, sisters Barbara Dunlap and Beverly Worden and his loving family at Sunshine Village Memory Care. Visitation will be held from 5:00 – 8:00 PM with a Scripture Service at 7:00 PM on Tuesday, July 14, 2015 at Whitney & Murphy Funeral Home, 4800 E. Indian School Road, Phoenix. Funeral Mass will be at 10:00 AM, Wednesday, July 15, 2015 at St. Theresa Catholic Church, 5045 E. Thomas Road, Phoenix. Interment will follow at St. Francis Catholic Cemetery. Donations to Banner Alzheimer’s Institute or Lewy Body Dementia Association. Jack was fun-loving and will be remembered for his generosity, love of family and friends, his compassion for animals and his infectious laugh.

Offer Hugs From Home Condolence for the family of FROST, JOHN F. “JACK”