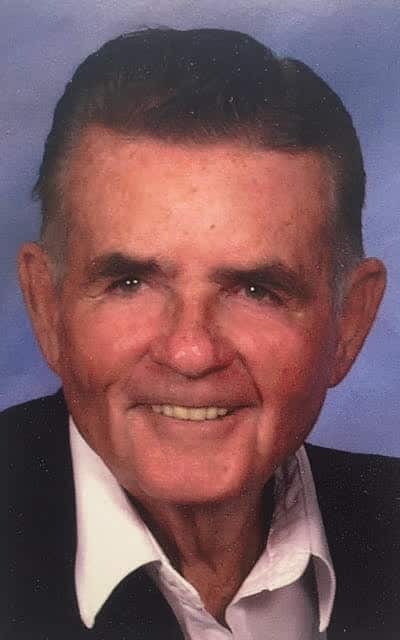 Lawrence Arthur Fuller passed away on February 2, 2022, at the age of 92 with family by his side. He was born on Sunday, November 24, 1929, in Tucson, Arizona, to Clyde and Marjorie Fuller. Much of his early life was spent in small towns throughout the Grand Canyon State: San Simon, Fry, Ashfork, Paulden, Peoria, Mesa, Clifton, Parker… It was a nomadic life, largely due to the trials of the Great Depression and its aftermath, but he always spoke fondly of his childhood and his scenic home state.

It is fitting that he was born in the Southwest. His life was filled with the grand adventures, dangers, and larger-than-life tales found in all great Westerns, including near drownings, accidental poisonings, encounters with water moccasins, box car rides, and mishaps in motor vehicles (one of which made the local paper). Larry’s stories recounted a life fully lived and told you everything you needed to know about his character. He was resilient, relentlessly hardworking, even-keeled, kind, and apparently fearless.

Larry met Frankie Louise Tschoepe, the love of his life, while working as a soda jerk and proposed to her on Valentine’s Day in 1952. They married that year on April 27 and raised four children together. They remained inseparable companions and international travel buddies until her passing in 2007.

A string of varied summer jobs from underage chauffeur to sawmill worker culminated in 1955 when he started at El Paso Natural Gas Company. Over the course of his thirty-year career as a Maintenance Superintendent, he traveled miles and miles through the Southwest region and spent several years working in Algeria before his retirement in 1986.

After retiring, he built a home in Chino Valley, Arizona. There, he made nearly six acres of desert bloom with more than 200 trees, flourishing rose bushes, and native plants. He was loved by animals—a man in harmony with the world and nature. Skippy, Kita, and Tiger were just a few of the creatures that trusted him and knew his kindness.

Larry had a sharp, analytical mind which he applied most meticulously to sports statistics, his music catalog, and the family history. Every high school varsity basketball game he played, album he owned, and family branch he traced are all accounted for somewhere in his notebooks. In a brief autobiography of his life, he noted that his birth flower chrysanthemum and birthstone topaz symbolize cheerfulness and fidelity. They are apropos symbols for the man who was a devoted husband, loving father, and doting grandfather who will be dearly missed.

He is preceded in death by his wife Frankie Fuller, brother Don Fuller, and brothers-in-law Paul Tschoepe and Henry Henzler. His legacy lives on in his children and their families—Cindy Fuller, Brad Fuller and wife Stefani, Gary Fuller and wife Kay, and Sherry Padgett and husband Paul—as well as his eight grandchildren: Michelle, Jennifer, Daniel, and Benjamin Padgett; Nicholas and Anna-Sophie Fuller; and Danielle and Michelle Fuller. He is also survived by his sisters-in-law Nadine Henzler and Eleanor Tschoepe. He will be laid to rest February 15, 2022 at Saint Francis Cemetery, 2033 N. 48th Street, Phoenix, Arizona.

Offer Hugs From Home Condolence for the family of FULLER, LAWRENCE ARTHUR