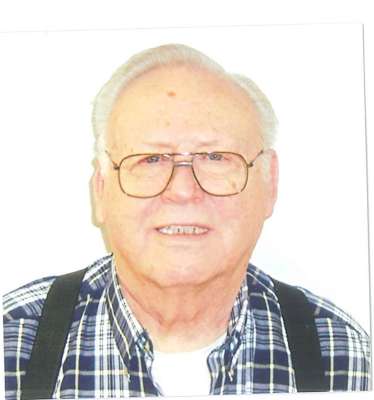 81, of Phoenix, AZ passed away peacefully in his home and ascended to heaven on January 3, 2016. Gene was born to Edward and Shirley Fullerton on January 12, 1934 in Charlotte, NC. He was married to his sweetheart Barbara Norvell on May 21, 1960 and has been married for 55 wonderful years. Gene loved life and spending time with his wife and family.   He spent his business career in the beverage industry working for 7 Up Bottling Co. and later for Anheuser-Bush. After retirement, he worked in security at the Phoenix Towers. Gene is survived by his wife Barbara and his daughter Laura who resides in Tucson, along with two grandsons and two great-grandsons. Gene was very spiritual and spent time each day reading his Bible. He will be a guardian angel to Barbara, Laura and his extended family. Graveside Service will be held at 12:30 PM, Tuesday, January 12, 2016 at National Memorial Cemetery of Arizona, 23029 N. Cave Creek Road, Phoenix. In lieu of flowers, donations may be made to the charity of your choice. Arrangements entrusted to Whitney & Murphy Funeral Home.

Offer Hugs From Home Condolence for the family of FULLERTON, EDWARD E.