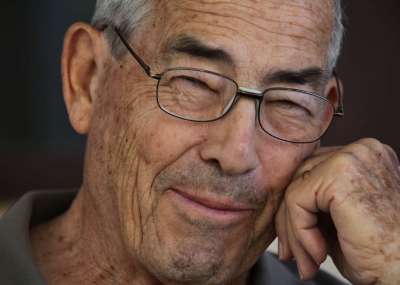 Donald R. Gadbery, 81, of Phoenix, passed away at home on August 6, 2014. Born in Emporia, Kansas, Don was a U.S. Army veteran and a graduate of Kansas State University’s School of Architecture. He arrived in Phoenix in 1957 where he met and married his beloved wife of 55 years, Fay Litteken.  He was a partner in the architectural firm of Schneider Gadbery and Shay Architects in Scottsdale for over 30 years before retiring in 2001. He was also a member of Construction Specifications Institute. He is survived by his wife Fay; four sons, Brian of Denver, CO; David (Laura) of Phoenix; Michael (Cathy) of Portland, OR; and Kevin of Atlanta, GA; and seven grandchildren, Krista (Alex), Joshua, Haley, Emma, Peyton, Nicole and Brooke. The family will hold a private memorial service. In lieu of flowers, contributions may be made to The Salvation Army, Alzheimer’s Association, and/or K-State School of Architecture.

Offer Hugs From Home Condolence for the family of GADBERY, DONALD RAY