Michael Lantaff Gallagher, loving husband, father and grandfather, died peacefully on October 26, 2022 at his home in Phoenix. He was 78 years old. It is no exaggeration to say that with his passing, Arizona has lost one of its legendary leaders and favorite sons.

Gallagher was born in Le Mars, Iowa on April 14, 1944, and grew up in Los Angeles with his parents, Bill and Ellie, and his younger brother, Pat. Mike was a baseball superstar- a Southern California phenom with a golden arm and a singular focus: to play in the Big Leagues. Upon graduating from high school, Gallagher had scholarship offers to pitch for virtually every top college program in the country, not to mention pro contract offers from the Dodgers and the Yankees, among others. He accepted a full-ride to Arizona State University, where he played on the school’s first team to win the College World Series. After graduating from ASU, Gallagher signed with the Kansas City Athletics and played pro ball for a few years, though in truth he got by on grit and toughness; an earlier shoulder injury had effectively ended his playing days and turned that golden arm to brass. His only dream dashed, Big Mike dusted himself off then set his sights on new horizons.

In 1967, Gallagher entered Arizona State University’s freshly-formed law school, and was elected its second ever student body president. Mike put himself through school by scouting full-time for the New York Mets and was a member of the organization when it won the 1969 World Series. In 1970, Gallagher graduated from law school and joined the storied Phoenix law firm of Snell & Wilmer, a place he remained until 1978, when he and friend Mike Kennedy left to co-found their own storied Phoenix law firm of Gallagher & Kennedy.

Over the course of the next 40 years, Gallagher would go on to become one of the most trusted and sought-after voices in Arizona on matters of business and sports law. He represented athletes, franchises, leagues, and cities, and had a major role at the negotiating table when the Arizona Cardinals’ moved from St. Louis, as well as when Major League Baseball expanded to include the Arizona Diamondbacks. He was Chairman of the Governor’s Advisory Committee on Professional Football, Chairman of the Phoenix Mayor’s Advisory Committee on Professional Sports, Founding Director of the Phoenix Metropolitan Sports Foundation, and the Founding Director of the Maricopa County Sports Authority. He showed up on nearly every “best lawyer/who’s who” list around, received distinguished achievement awards from the State Bar of Arizona and ASU Law School, and argued in front of the United States Supreme Court. As a business advisor he was equally accomplished, having served on the Board of Directors for numerous public and private companies, including Arizona Public Service Company, Pinnacle West Capital Corporation, SunCor Development Company, Werner Enterprises, Omaha World Herald Company, Cancer Treatment Centers of America, and U-Haul.

Arguably more impressive than his list of professional accomplishments is Big Mike’s legacy of public service. He was a Trustee of the Peter Kiewit Foundation, Chairman of Valley of the Sun YMCA, Chairman of the ASU Sun Angel Foundation, Director of Phoenix Suns Charities, and a Life Member of the Phoenix Thunderbirds. He’s a recipient of the YMCA’s Distinguished Service Award, the Boys and Girls Clubs of Metro Phoenix Champion of the Year Award, and was named one of Phoenix’s Legendary Leaders by the Phoenix Business Journal.

Mike Gallagher was also a cowboy. He rode horses, roped steers, drank whiskey, and used a spittoon. But what really made him a cowboy wasn’t what he did, so much as what he was. He was honest and hard working, plain spoken, fair dealing, and tough. He valued integrity, disdained injustice, and championed the underprivileged. Mike was a member of numerous cowboy organizations, including his beloved Charlie Russell Riders (President), the Rancheros Visitadores, the Verde Vaqueros (Director Emeritus), and the Maricopa County Mounted Sheriff’s Posse (President). His very favorite place to be was with his family on his ranch in Montana.

Mike is survived by Barbara- his wife of 51 years, his son Sean and wife Roxann, his daughter Ryanne and husband Jose, granddaughters Lovey, Riley, and Elliot, and grandson Michael, and his brother Patrick and his wife Lynne Gallagher. A celebration of Mike Gallagher’s remarkable life is expected sometime next spring.

Mike Gallagher was a leader, a mentor, a role model, and a friend to many and he will be deeply missed. In lieu of flowers or donations, his family asks that you please do a stranger a kindness. Big Mike would have liked that. 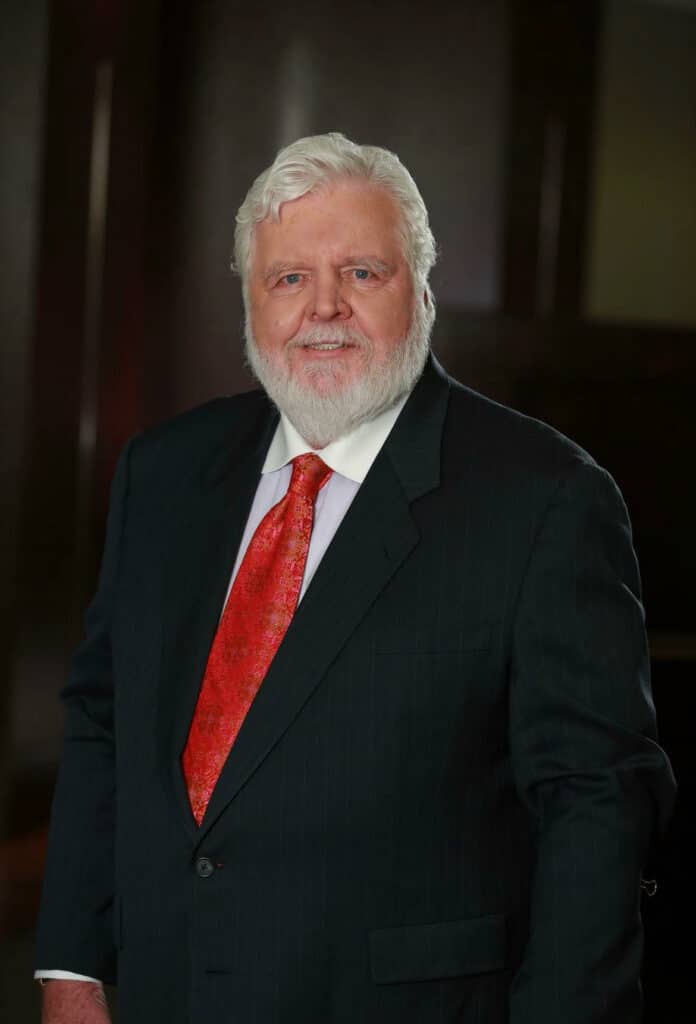 Offer Hugs From Home Condolence for the family of GALLAGHER, MICHAEL LANTAFF