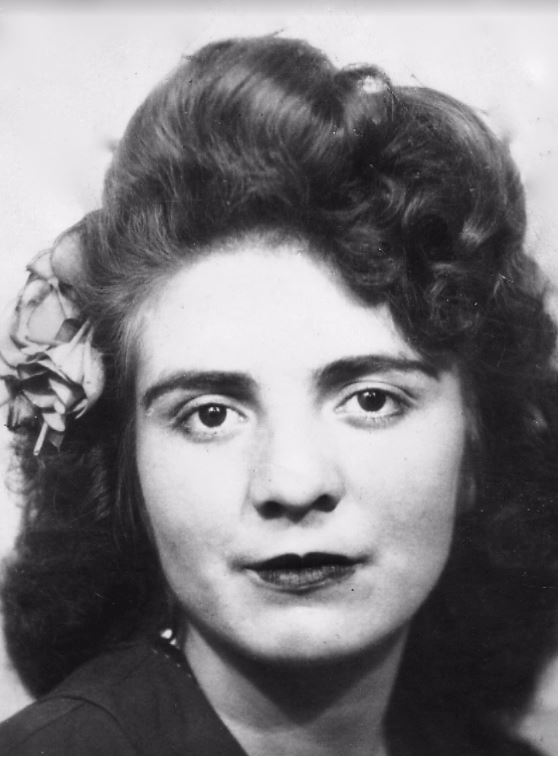 Cruzita “Cruz” Gallegos Rodriguez passed away in peace at the age of 92 years on October 29th, 2017, surrounded by her loved ones at her home in Phoenix, Arizona. Born in Tinnie, New Mexico, on December 3rd, 1924, she was one of seven children, where she worked arduously on her family ranch in Socorro, New Mexico. She moved to Phoenix, Arizona, in 1943 , with her young daughter, Dorothy, and met her husband, John Rodriguez. Cruz and John built their home, brick by brick, in south Phoenix, where they raised their children, Dorothy, Cruz, Charles, George, and Linda. While raising her large family, she worked for Motorola where she utilized her sharp intelligence for over 20 years. She continued to embed her progressive ideals into her professional and personal life, most notably as the center of her large family. Her most passionate memories included the events with her extended family, where she danced to Ranchero music, prepared hundreds of homemade tortillas and green chile, and hosted family and friends of all ages in her festive home. She enjoyed going to the casinos with her family and friends, adorning her hair with frequent curlers and perms, and drinking black coffee with a spoon of sugar while gossiping around the family table. Although petite in stature, her fierce, assertive, and tenacious personality inspired generations to be passionate, compassionate, and generous. She is survived by the families of her five children, including 18 grandchildren, over 25 great-grandchildren, and over 15 great-great grandchildren, and she remembered every one of their birthdays. Funeral services will be held on Friday, November 10, 2017, with Visitation at 8:30 A.M. and a Funeral Mass at 10:00 A.M., at St. Francis Xavier Catholic Church, 4715 N. Central Ave., Phoenix. Interment to follow at St. Francis Catholic Cemetery, 2033 N. 48th St., Phoenix, followed by a reception at St. Francis Xavier Parish, Anderson Hall.

Offer Hugs From Home Condolence for the family of GALLEGOS RODRIGUEZ, CRUZITA “CRUZ”