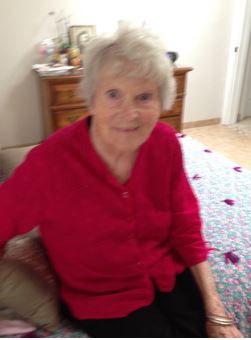 90, of Phoenix passed away on January 6, 2015. She is survived by sons Timothy, Barry, Bill, Matthew, daughter Eileen and sisters Helen and Mary. Rita was preceded in death by her husband Edward and sons Raymond and Tom. Rita’s many accomplishments included raising a family, while being at the forefront of establishing special education in Arizona Public Schools. She was American Mother’s choice for Arizona Mother of the Year in 1982. Rita also started and ran two businesses, walked for Right To Life and played bridge with her many, many friends. A visitation will be held from 5:00 pm – 8:00 pm, Friday, January 16, 2015 at Whitney & Murphy Funeral Home, 4800 E. Indian School Road, Phoenix. Funeral Mass will be celebrated at 12:30 pm, Saturday, January 17, 2015 at St. Francis Xavier Catholic Church, 4715 N. Central Avenue, Phoenix.

Offer Hugs From Home Condolence for the family of GANNON, RITA