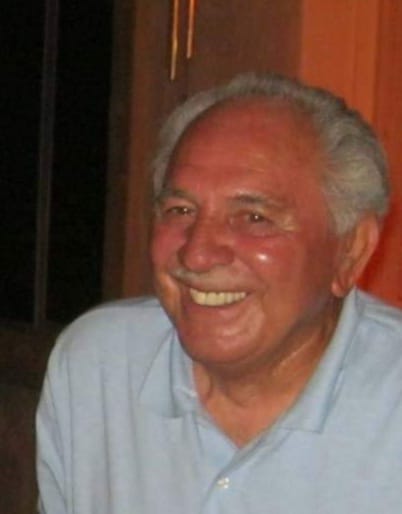 He served in the United States Navy for four years. After his service, he worked as a Sheet Metal Journeyman, Local 359, for 30 years. Alice and Jess raised four children in the Phoenix area before moving to Ahwatukee. After his retirement from Local 359, he became a beloved evening custodian for Phoenix Elementary School District #1, Garfield Elementary.

Along with being an avid reader, Chuey was a sports fan. He loved to watch his favorite sports teams in his leisure time, especially the ASU Sun Devils. He and Monnie were ASU football season ticket holders for 30 years. Chuey also enjoyed playing golf with his friends, especially the 19th hole!

Chuey was preceded in death by his parents, 6 brothers, 5 sisters, and his oldest son, Richard.

Chuey, Dad, Tata, Uncle, friend – your smile, laugh, quick wit, hard work, and dedication to your family will always be an example to all of us. You are forever in our hearts.

Special gratitude is expressed for his caregivers at Angels Senior Care Home in Ahwatukee and Hospice of the Valley, who provided tremendous support during his last three years.

A private Rosary and Mass will be celebrated on January 15, 2021 at Corpus Christi Catholic Church, followed by interment at St. Francis Catholic Cemetery.
In lieu of flowers, a donation in his name to Hospice of the Valley (1510 E Flower St. Phoenix, AZ 85014)
or the Alzheimer’s Association ( alz.org ) is deeply appreciated. Condolences may be expressed at www.whitneymurphyfuneralhome.com.

Offer Hugs From Home Condolence for the family of GAONA, JESUS