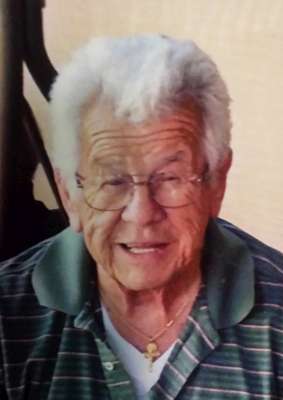 David Molino Garcia, 82, of Phoenix, AZ passed away on May 6, 2017. He was a Korean War Veteran who served in the Army as a Paratrooper and a member of American Legion Post 41. He was the owner of Chavelos Restaurant(s) in Phoenix for approximately 30 years. After closing the restaurants, he went to work for the Isaac School district of 9 years, “one of the best jobs he ever had”. He was preceded in death by his spouse Jovita C. Garcia, his parents, newborn daughter Joanne, 3 brothers and 2 sisters. He is survived by his sister Dora Mendoza and brother Frank Tenori (Florence); his children David A. Garcia, Jr., Army Colonel Mike Garcia (Kim Templeton) and Mary Frances Garcia. He is also survived by his grandson Ismael Garcia and grand -daughter Ava S. Garcia, great grand- children Noelle Garcia and Brady Garcia and his significant other of 18 years Mary Helen Sotelo. He loved life, family, dancing, traveling, Sun Devils football, celebrating holidays and family gatherings. We are going to miss him for the rest of our lives.   Memorial services are scheduled for June 16th, 10 a.m. at St. Francis Xavier Catholic Church 4715 N. Central Ave. Graveside services on Saturday, June 17th 9:00 a.m. at St. Francis Catholic Cemetery 2033 N. 48th Street, Phoenix. In lieu of flowers, donations can be made to the Disabled American Veterans or the Society of St. Vincent de Paul. Arrangements were made by Whitney and Murphy Funeral Home.

Offer Hugs From Home Condolence for the family of GARCIA, DAVID MOLINO