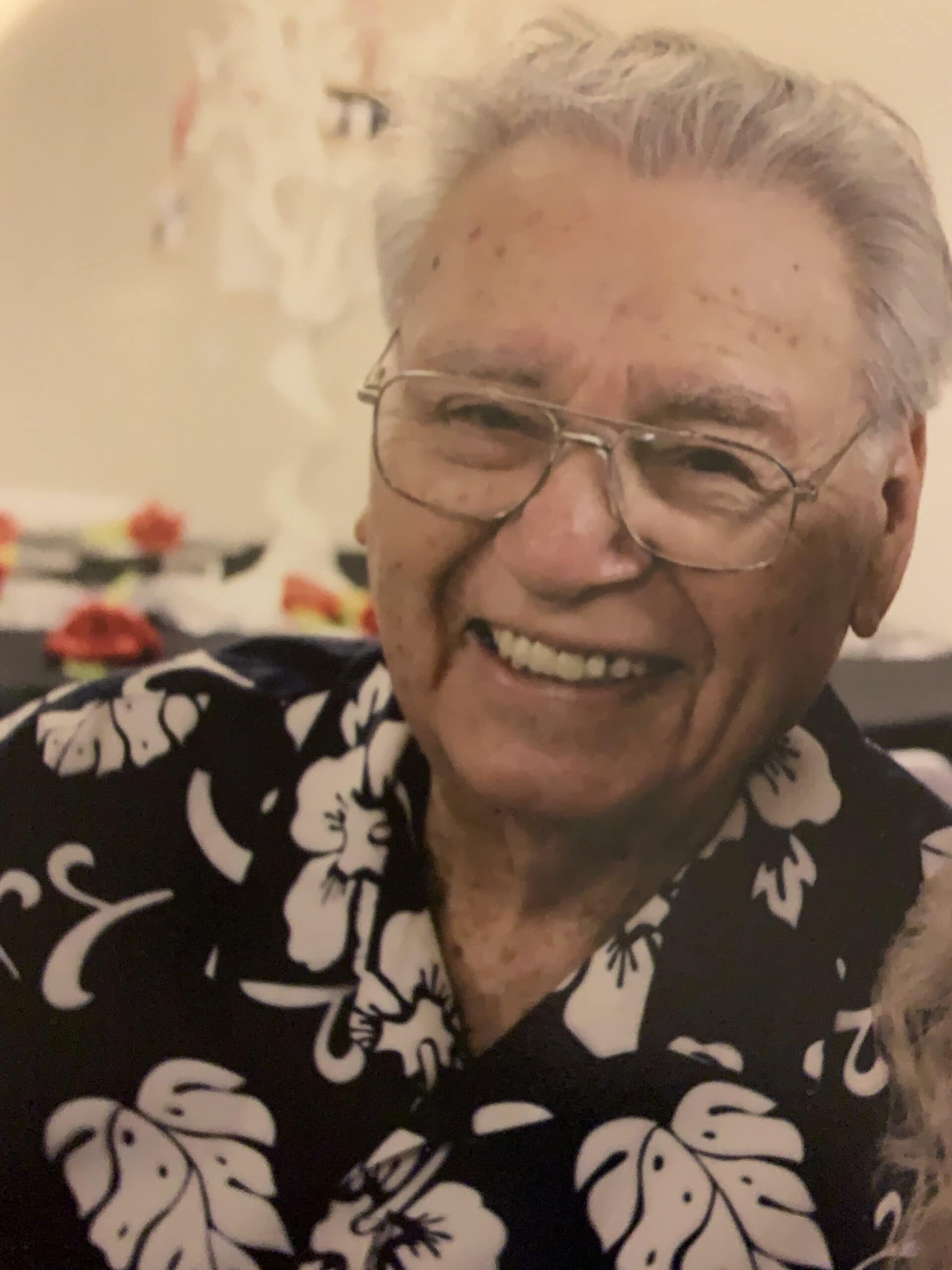 Felipe Leon Garcia, 91, Veteran of the Korean War, passed away surrounded by his loving family on October 16, 2021. He was the son of Jose and Julia Garcia of Ajo, Arizona, born on May 30, 1930 where he was one of 7 siblings. Before joining the army, Felipe was a true athlete in high school and throughout his life participating in sports such as boxing, basketball, football and later on, golf. Upon graduating from high school, Felipe enrolled at Arizona State University on a football scholarship. He remained an active ASU alumni for many years, attending alumni meetings and luncheons as well as events for former members of Los Conquistadores, the first Mexican – American student organization formed at Arizona State Teachers College in 1937.
Felipe enlisted in the U.S. army in 1951 – 1954, attended Paratrooper School in Ft. Benning GA and served as an 82nd Airborne Paratrooper in H- Company, 505 Airborne Infantry Regiment. Felipe was extremely proud of his service to his country and continued to serve as an active member and Trustee of the 82nd Airborne Association, Phoenix Joe Schwan Chapter.
Felipe participated in several association events which included marching in the annual Veteran’s Day parade in Phoenix, AZ, as well as the annual 4th of July Parade in Prescott, AZ.
Upon his discharge from the Army in 1954, Felipe returned to ASU where he met his beautiful wife, Margaret Rivera Garcia. Shortly after Felipe graduated from ASU, in June of 1958, he and Margie married. Felipe started his accounting career in the Federal Government with the U.S. Atomic Energy Commission. Followed by time in the Department of Energy and the Department of Defense. Felipe’s career took him and Margie, both from small Arizona mining hometowns to traveling and living in Los Alamos, NM, Honolulu, HI, Las Vegas, NV, Los Angeles, CA and returning back “home” to Phoenix, AZ. Felipe had a love for traveling, sports, western movies, music and dancing and he was exceptionally proud of his 42 years of service to his country.
Felipe, my father and incredible grandfather to my children will be dearly missed. I love you Daddy, may your soul rest in peace alongside my mother and all of our relatives.
AIRBORNE ALL THE WAY…as my dad would say!
Felipe is survived by his sister: Elisa Castillo, his only daughter: Elizabeth A. (Garcia) Villa, 6 grandchildren: Jose Alejandro Villa, Felipe E. Villa, Raphael A. Villa, Joshua Z. Villa, Sophia E. Ramirez, Luis “Danny” Ramirez, and 2 great-granddaughters: Aurora A. Villa and Lilly I. Villa.
A visitation will be held at Whitney & Murphy Funeral Home, 4800 E. Indian School Road, Phoenix on Tuesday, November 16, 2021 from 4:00 to 7:00 P.M with a rosary held at 6:00 P.M. Funeral Mass will be held on Wednesday, November 17, 2021 at 10:30 A.M. at St Francis Xavier Catholic Church, 4715 N. Central Avenue, Phoenix. Burial to follow at St. Francis Cemetery, 2033 N. 48th Street, Phoenix. Condolences may be expressed at www.whitneymurphyfuneralhome.com.

Offer Hugs From Home Condolence for the family of GARCIA, FELIPE LEON