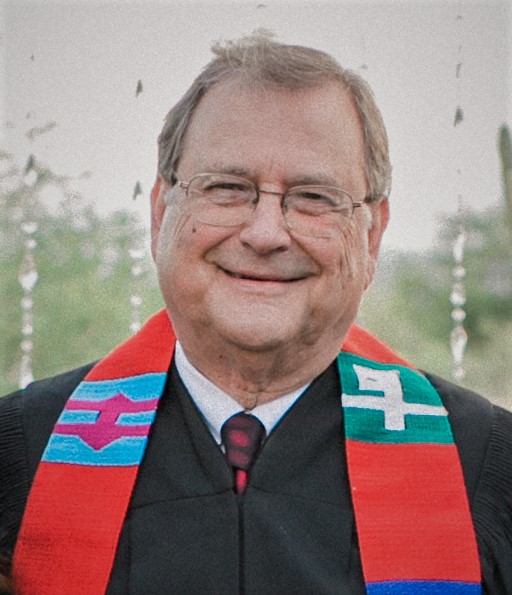 Richard Alfonso Garcia, a native of Phoenix passed away on Sunday, May 10, 2020 surrounded by his loving family.
Richard graduated from Camelback High School in 1964, attended University of Arizona, and completed his Juris Doctorate from Stanford University Law School in 1971. He married Marcella Cwynar in 1967, then completed law school, and returned to the state he loved so dearly, Arizona.

Richard was passionate about the Law and dedicated his life and career to serving its residents and communities with integrity, honor and uninhibited commitment and sacrifice. He served the City of Phoenix in many capacities including as a City Prosecutor, Public Defender, and Judge for 22 years. Richard then went on to serve as a City of Mesa Municipal Court Judge until his passing. He was a role model, generously gave time to assist his fellow judges and was well known as patient and fair. Richard was a longstanding member and leader of The Optimist Club serving the youth of our communities and being a volunteer reader. In 2005, he received the Governor’s Office of Highway Safety’s Award for Judicial Commitment to Making Arizona Roads Safer. Richard also contributed to Arizona history when he ran for Arizona Attorney General in the early 1980’s.

Richard fulfilled his role as a family man, father, and grandfather with love, gentleness and a caring heart. He was a free spirit who could light up a room and make everyone he met feel welcomed and loved. He also enjoyed exploring and learning about the many wonders of Arizona and sharing his road trip experiences with everyone through his colorful stories. Richard always enriched our lives with love as a songwriter, dreamer, adventurer, and of course storyteller. Richard loved life… Life, his family and friends loved him right back. Although he has departed this earth, his journey has just begun. God has now taken Richard’s hand, as he resides in peace in the beauty beyond the heavenly gates. He is reunited with loved ones who have passed, and heaven’s angels now connect their spirits with everlasting love. With each day, the sun will rise and fall, the seasons will continue to change, and life’s cycle will continue forever…
We will hold deep in our heart fond memories of the Honorable Richard A. Garcia.

A Visitation will be held on Thursday, May 14, 2020 from 11:00 A.M. to 4:00 P.M. at Whitney & Murphy Funeral Home at 4800 E. Indian School Road, Phoenix. In consideration of the CDC recommendations to avoid potential risk of exposure to the COVID 19 virus, there will be a limit of ten (10) people in the chapel at any time. Whitney & Murphy staff will manage this process to ensure everyone can pay their respects safely. A private service will be held for Richard’s immediate family with interment at St. Francis Cemetery in Phoenix. The service will be live streamed online at Whitney & Murphy’s Facebook page at 4:15 P.M. Condolences and Hugs from Home may be expressed at www.whitneymurphyfuneralhome.com

Richard’s Celebration of Life will be scheduled and announced later.

Offer Hugs From Home Condolence for the family of GARCIA, THE HONORABLE RICHARD ALFONSO