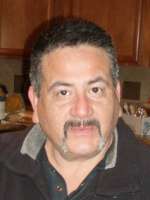 06/27/1959-03/31/2011. Julio was born on June 27, 1959 in Phoenix, Arizona to Concha and Esabel Garcia. He passed away March 31, 2011 in Portland, Oregon at the age of 51. He is survived by his mother Concha Gaitan and step father Gene Gaitan. He has two sisters Camille Valenzuela and Tina Rodriguez and two brothers Paul and Joseph Gaitan. He is also survived by his five children; daughter, Rachel Garcia- Dominguez and four sons Julio Carlos IV, Jason, Brandon, and Daniel Garcia. Julio has three grandchildren, Andre Garcia, Gabriel and Isabella Dominguez and another grandchild due in September. Julio served in the United States Marine Corps for seven years where he was honorably discharged as a staff sergeant. 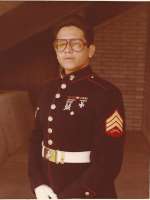 He started working for the United States Postal Service in 1988 in Phoenix, Arizona. After transferring to Portland, Oregon in 2004, he worked his way up to Manager of Post Office Operations for the Portland District in Portland, Oregon. Julio worked for the Post Office for a total of 23 years. Throughout his life, Julio enjoyed photography, fishing, traveling, and especially cooking for his family. He was well respected and loved by everyone who knew him. Julio had a unique and special relationship with each one of his friends and family members. He was well known for his sense of humor and fun-loving personality. Julio had a huge impact on many peoples’ lives and will be missed dearly. Funeral Service will be held Thursday, April 7, 2011 at St. Vincent de Paul Catholic Church, 3140 N. 51st Avenue, Phoenix. Visitation at 8:30 a.m., Rosary at 9 a.m., followed by a Funeral Mass at 10 a.m. Interment will follow at St. Francis Catholic Cemetery, 2033 N. 48th Street, Phoenix, Arizona 85008. Arrangements entrusted to Whitney & Murphy Funeral Home.

Offer Hugs From Home Condolence for the family of GARCIA, JULIO CARLOS