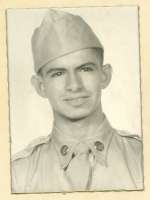 77, of Phoenix, AZ passed away November 29, 2009. He was born in El Paso, TX and later moved to Phoenix in 1966. He was a Veteran of the U. S. Army and served his country for 2 years. He was a wonderful husband, father and grandfather. He is preceded in death by his sisters Elena, Esperanza, Aurora and his brothers Hector and Armando. He is survived by his loving wife Margarita, his son Michael L. Garcia, daughters Gracie Garcia, Patsy Stauber (Patrick), Thelma Bucklin (Mark), Linda Bonafede (Matthew), stepdaughter Bernie Gilbert (Ray), his sisters Rosa, Carmen, Eva, Lucy, Annie, brother Emilio, 17 grandchildren and 13 great-grandchildren. He was loved by many and will be missed dearly. Visitation will be from 5:00-8:00 pm with a Rosary at 7:00 pm, Sunday, December 6, 2009 at Whitney & Murphy Funeral Home, 4800 E. Indian School Road, Phoenix. Funeral Mass will be at 10:00 am, Monday, December 7, 2009 at St. Agnes Catholic Church, 1954 N. 24th Street, Phoenix. Interment will follow at East Resthaven Cemetery, 4240 E. Southern Road, Phoenix. 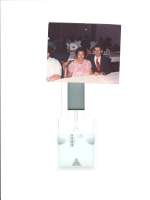 Offer Hugs From Home Condolence for the family of GARCIA, LUIS JOSE