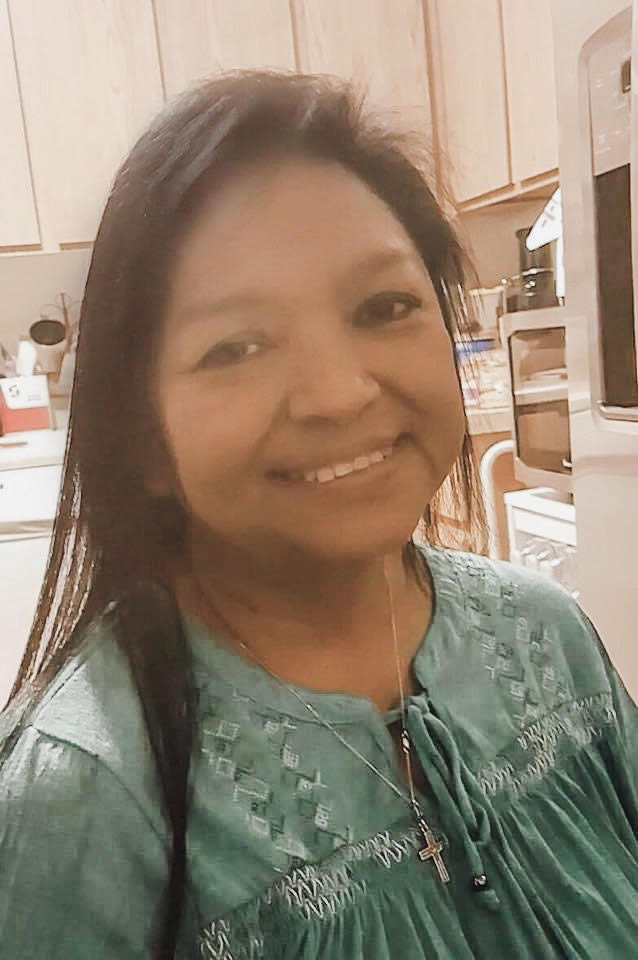 Everyone who knew Lupe was blessed with her beautiful presence beginning the day she was born, June 18, 1960, to parents Cruz and Susanna Montoya Garcia Sr.  On Thursday, April 16, 2020 Lupe passed away at the young age of 59 courageously and peacefully after extended complications from illness.

Born in Phoenix, Arizona, Lupe was a lifelong resident of Arizona, which she loved to call home.  Lupe attended Carl Hayden High School, graduating in 1978.

Lupe held several jobs following high school graduation and in 1993 she found the job she would love so dearly and put her heart and soul into every day.  Lupe began working for Aetna/Schaller Anderson in April, 1993 where she remained employed with Aetna for the next 27 years, until her passing.  Despite numerous health battles, Lupe remained focus and dedicated to the job she loved so much.

Lupe was an amazing and loving soul who touched the hearts of many people and could light up the darkest of rooms with her beautiful smile.

Lupe was placed in the care of Whitney Murphy Funeral Home, Phoenix, Arizona and will be laid to rest in a private, graveside burial, Wednesday, April 29 10:30 am at Saint Francis Catholic Cemetery, Phoenix, Arizona.  Once we are all able to gather again in greater numbers, there will be a loving celebration of life for Lupe!

We all love you very much. Your time on earth may be done but your eternal life in heaven has just begun. Go, rest high in the heavens, until we see you again.  We love you, Lupe!

Offer Hugs From Home Condolence for the family of GARCIA, LUPE MONTOYA