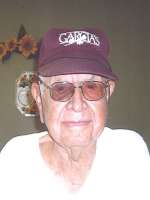 A Veteran and a third generation Arizona Pioneer passed away March 8th, surrounded by family and friends. Born July 10, 1922, first son of Manuel R. and Emelina F. Garcia. Monie is survived by 5 children, Manuel Jr., David (Carla), Gabe (Dolly), Marion (Benny) and Paul (Chris). He is also survived by his sister Beatrice “Betty” Huguez and was predeceased by his parents and siblings Marianne, Alfred and Rudy Garcia. Monie attended Lowell Elementary School and the CC Camps implemented by President Roosevelt, followed by enlistment to the Army Air Corps. When he returned from the Army, he married Belia “Belle” G. Gregory on August 15, 1943. They quickly had 3 sons, while he worked at the Phoenix Laundry. With aspirations for a better life, he embarked on plumbing school. With 3 boys in tow, Monie and Belle headed to Kansas City, MO. Upon graduation, they returned to Phoenix with a 4th child, their only daughter, followed by another boy in 1950. Monie joined the Plumbers and Pipe Fitters Union Local 469 as an apprentice in 1951 and became a journeyman in 1953, he became a lifetime member in 2001. Most often was the foreman for Desert, Quality, G & B, Regal, Holt, American, Greer & Stump & Newberry Plumbing companies. He was very proud his 4 sons and 1 grandson were also Union Plumbers. Monie was an avid hunter and fisherman, and he instilled a love of these activities in his children. Monie is also survived by 16 grandchildren, and 30 great- grandchildren. We wish to extend a heartfelt THANK YOU to Copper Village and Hospice of the Valley. Visitation will be at 5:00pm, a Funeral Mass at 6:00pm, followed by a reception Saturday, March 12, at Our Lady of Fatima, 1418 S. 17th Avenue, Phoenix. Inurnment will follow at 10:00am, Saturday, March 19, at Holy Cross Catholic Cemetery.

Offer Hugs From Home Condolence for the family of GARCIA, MANUEL F. “Monie”