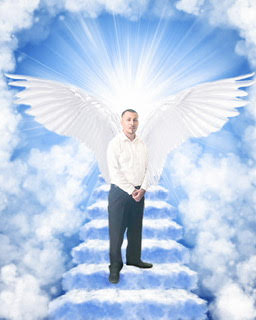 On Sunday, March 7, 2021, Robert “Rob” Jesus Garcia, loving husband and father of three, passed away at the young age of 29 years old as a result of injuries received in an automobile accident.

Those who knew Robert, even just a little, lost a shining light in their lives. Robert was born on September 9, 1991 in Phoenix, Arizona to Leila Vasquez and Tommy Garcia. Robert was a dedicated husband and father first and foremost. Robert met his wife Diana in 2010. They became married on November 3, 2019. They created three beautiful children: Leiana, Lorenzo and Luciano. Robert was so happy and proud to become a father. He took on the fatherhood role and vastly excelled at it. Robert always treasured his time with his children and embraced every moment with them. Robert would always talk about his kids to others. It was easily evident by others to see just how much Robert cherished every moment with his kids. From an early age Robert enjoyed going fishing with his family, playing outside with friends, camping outdoors, visiting the beaches in California and taking road trips when he could. Robert especially loved the San Diego beaches and fishing. Robert would find any excuse he could to pack-up his wife and kids and take them on a trip to the San Diego beaches. Robert enjoyed cooking and grilling for his family as well. Robert loved being around people, especially kids. He loved the role of being the “fun uncle” to both family and friends. He was often seen at parties or Barbeques spending time, interacting with the children. Robert had a very charismatic personality and always made people around him laugh. He made friends everywhere he went and always looked out for those close to him. Robert worked in the auto-repair industry for years. Robert started off at an entry-level position in the field and over time earned his way up to a store manager. Robert was very passionate about cars and would always be willing to help family and friends in need. Robert often made house calls for family and friends, day or night. Robert grew strong relationships with his peers in the industry and regularly would have customers request his presence. Robert enjoyed playing and watching sports. Robert loved football, basketball, boxing, MMA, golf and many other sports. Robert was a die-hard Raiders and Phoenix Suns fan. Robert would continue to support his teams during their losing years. Robert was an absolute boxing and MMA enthusiast. Robert always kept up with the sport and often would call up and coming fighters well before professional reporters would.

Robert is survived by his wife Diana, his three children, Leiana, Lorenzo and Luciano, his parents Leila and Tommy, his sister Veronica, his brothers Thomas, Jonathan and Anthony, and several cousins, nieces, nephews and countless friends.

Offer Hugs From Home Condolence for the family of GARCIA, ROBERT JESÚS “ROB”