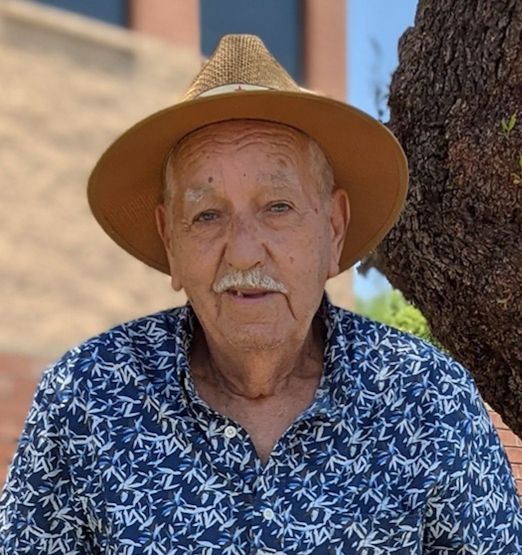 Manuel Garcia Sr., age 84, had left his family in shock when he passed in peace on February 18, 2022. Manuel was born and raised in the heart of Phoenix, Arizona. Where he was surrounded by his large family of brothers and sisters, three of those siblings, Juana, Ramona, and Beto, still reside. Over the years, Manuel grew his own family by being survived by his five children, thirteen grandchildren, and two great-grandchildren. Manuel was influenced by his family to be a loving and caring man, always giving his time to others. Manuel was also a very hard-working man that helped our community while working with the City of Phoenix until his retirement. Since his retirement, he still believed in being very active. He enjoyed taking care of his family and keeping his home pristine by still doing his own gardening and painting to keep him busy. He had a regular routine that you could set your watch to. Manuel had many activities he enjoyed, from sneaking away to the casino to play the slots to enjoying his sweet treats, but one he enjoyed most was to travel in his red truck to California. Another pastime he enjoyed was cheering on his 49ers, win or lose. Manuel will be greatly missed by three generations and especially his five children and their spouses: Linda, Chris (spouse Dan), Diana, Manuel Jr. (spouse Maria), and Gabriel (spouse Laura).

We will be saying our goodbyes to our patriarch, who will never be forgotten, on March 4, 2022.

For those who would like to join us, a visitation will be held on Thursday, March 3, 2022 at Whitney & Murphy Funeral Home, 4800 E. Indian School Phoenix, from 5:00-7:00PM. On Friday, March 4, 2022 at 10:00AM a Funeral Mass will be celebrated at St. Agnes Catholic Church, 1954 North 24th Street, Phoenix. Burial to follow at Saint Francis Catholic Cemetery, 2033 North 48th Street, Phoenix. Condolences may be expressed at www.whitneymurphyfuneralhome.com

Offer Hugs From Home Condolence for the family of GARCIA SR., MANUEL