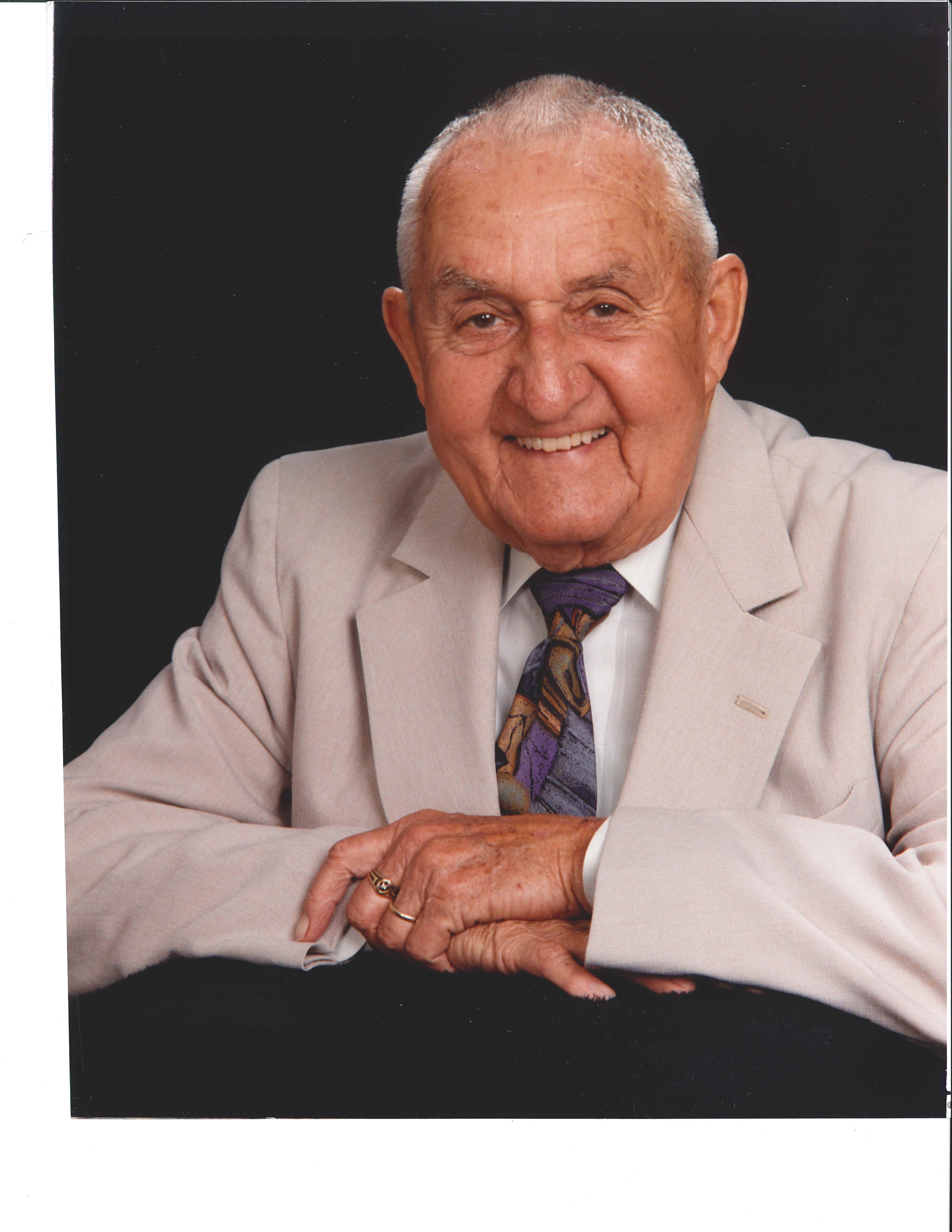 Lloyd H. “DOC” Garner, Sr., 95, joined his devoted wife Mary Sue, December 20, 2014 when he passed away at home in Glendale surrounded by family.

He married Mary Sue Cardwell on Valentine’s Day 1940. They were married 56 years until she passed away in 1997. Lloyd is survived by his three children: Lindley and Mary Garner of Biltmore Forest, NC, Lloyd Garner Jr. of Pine, and Pamella Garner of Glendale, and also five grandchildren and four great grandchildren.

Lloyd served in the US Army as SSgt, during WWII in Europe in the XIII Corps. The XIII Corps was the closest Allied force to Berlin on VE day. He went on the Queen Elizabeth and came home on the Victory ship.

Lloyd had several successful businesses. He was most proud of being a loyal, honest cemeterian serving families with devotion and love. His service began in the late1960’s as sales manager at Resthaven Cemetery in Glendale. In 1986 Lloyd joined Catholic Cemeteries of Phoenix and for over 25 years helped families with preplanning for the inevitable. He actively went into all areas of the valley, just stopping by, door knocking, the “old fashion way” just visiting or in helping families preplan. He gave thousands of Bibles to families during his long career. He did not believe in retiring.

As he joins his wife, he will be missed here by his family and all who knew him.

Offer Hugs From Home Condolence for the family of GARNER, LLOYD “DOC”