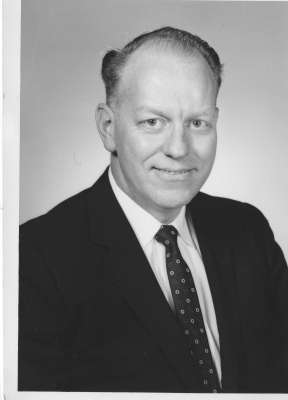 92, of Chandler, AZ was called home on June 7, 2015.  William was born on July 16, 1922 in Akron, Ohio.  He was a Navy Veteran in the Pacific Theater during World War II.  He was also a survivor of the USS Helena.  After returning home from service to his country, he married his high school sweetheart, Evelyn Long.  For the majority of his professional career he was a purchasing agent for Sperry Vickers Corporation.  William enjoyed being outdoors.  He was an avid hunter & fisherman.  He liked pleasure boating, but loved offshore power boating.  He was also known to make room for a round or two of golf.  William is preceded in death by his parents William & Mabel, brother Ralph, beloved wife Evelyn and his son in law William.  He is survived by his daughter Judy Manning of Phoenix, grandson Thomas Mathes of Chandler, four great-grandchildren; Thomas, Robert, Chelsea and Nathan.  A visitation will be held from 5:00pm to 8:00pm, Monday, June 15, 2015 at Whitney & Murphy Funeral Home, 4800 E. Indian School Road in Phoenix.  Funeral Mass will be celebrated at 10:00am, Tuesday, June 16th St. Mary’s Catholic Church, 230 W. Galveston Street in Chandler.  Burial will follow services at Valley of the Sun Cemetery in Chandler.  Arrangements entrusted to Whitney & Murphy Funeral Home.

Offer Hugs From Home Condolence for the family of GARRETT, WILLIAM ARTHUR