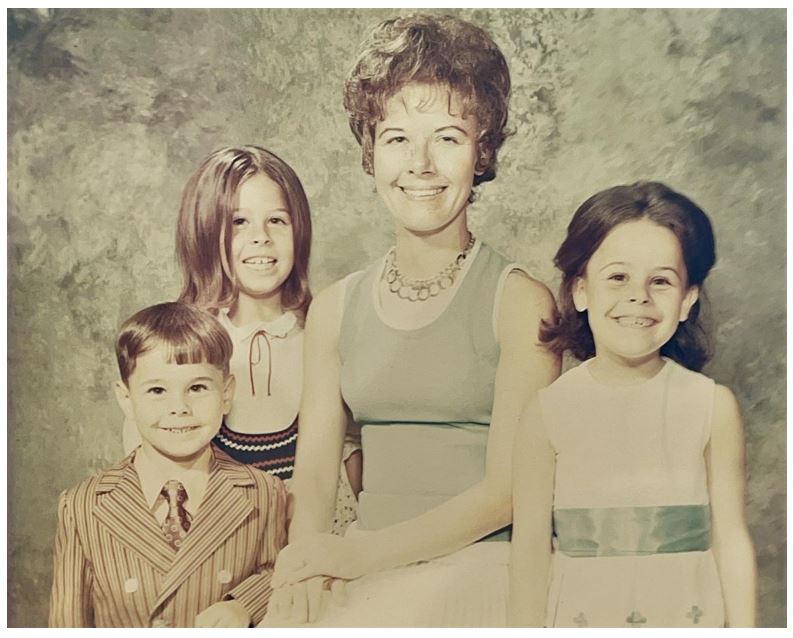 Margaret A. George passed away with her family at her side on a sunny afternoon in Phoenix, Arizona on Friday, November 25, 2022.

Margaret was born on February 13, 1937 in Howard County, Iowa to Veronica (Polansky) and Henry Smith. She was very proud of her Czech, Irish and German ancestry and was the second born of seven children. She graduated from Elma High School in 1955 and completed her Associate’s Degree in Education at Mount St. Clare College in Clinton, IA. Margaret was ahead of her time in demonstrating how independent a young woman could be and moved to California to teach middle school English. Always a patriotic soul, she then entered the United States Air Force, completing basic training at Lackland Air Force Base in 1959. She paused her contributions to the military for marriage and children. Later she continued to serve as a civil servant at Westover Air Force Base, Massachusetts. Margaret’s life as a military wife resulted in moving across the states and one international assignment every 18 months for 15 years. In this time she had four children and continued accumulating educational credits. In 1985 she received a Bachelor of Science Degree in Occupational Education from Wayland University, Plainview, TX.

Margaret had made her home in Arizona for the past 35 years. Following her retirement as a quality specialist, she volunteered at the Isaac Ime’s Elementary School as a Foster Grandparent for a dozen years. She also devoted her time and energy to volunteer efforts for the City of Glendale. Her commitment to community was recognized by Governor Janet Napolitano and Mayor Elaine Scruggs in 2005 when she was a recipient of a Governor’s Volunteer Service Award.

Margaret was a lifelong devout Catholic and Mass will be held on Thursday, December 22, 2022 at 10:30 a.m. at Our Lady of the Angels Church, Franciscan Renewal Center (The Casa), 5802 E. Lincoln Drive in Scottsdale, AZ. A burial with military honors will follow at 12:30 p.m. at the National Memorial Cemetery of Arizona, Phoenix, AZ.

Donations in her honor may be made to any women’s veteran organization.

Offer Hugs From Home Condolence for the family of GEORGE, MARGARET A.