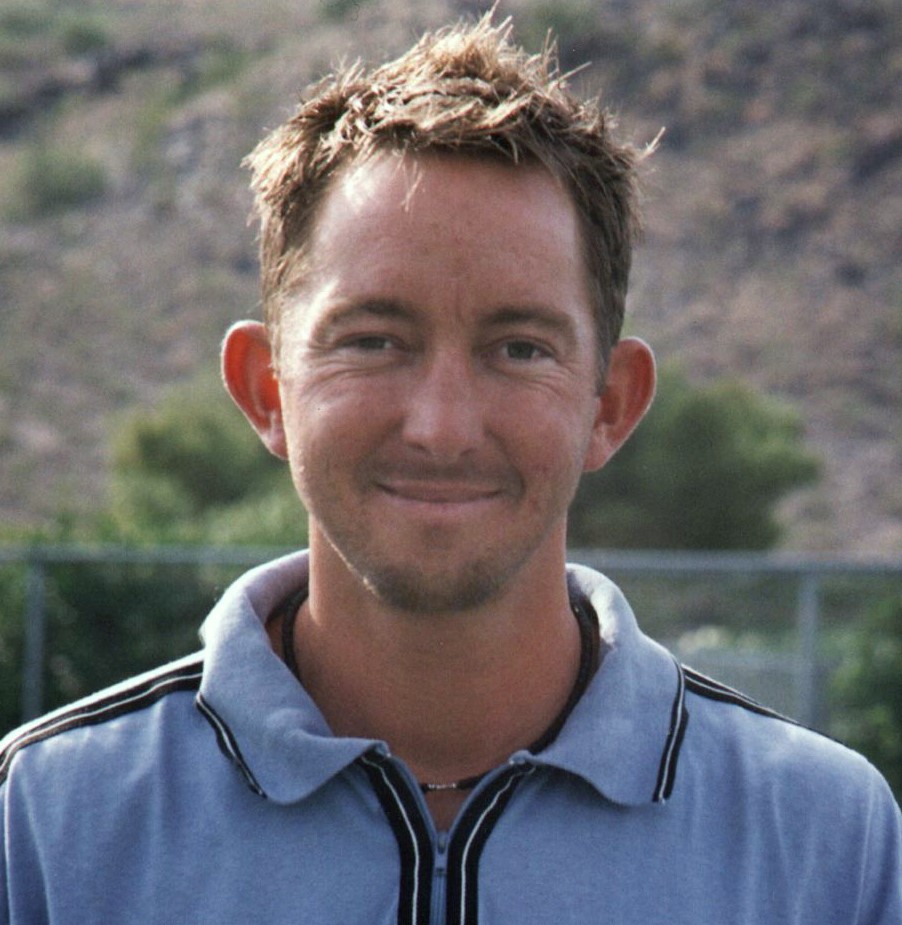 Jason Alan Gerardo, 45, from Phoenix, passed away in his sleep on April 3, 2018. He was born June 18, 1972. Jason was a loving and devoted father, unparalleled friend, dependable colleague, hilarious jokester and all around amazing person. Jason was warm, charming and quick with a smile. He had the innate ability to connect with people and place them at ease, always leaving them feeling good about themselves. Jason strongly believed his role in life was to have a positive influence on everyone he met. His family, friends and colleagues are heartbroken. Jason had a prolific tennis career. He achieved great success in competitive tennis from youth to adulthood. He taught, mentored and inspired hundreds of children and adults at all levels of sport. He was recognized as an accomplished leader in the Arizona tennis community. At the time of his death, Jason was the Head Tennis Professional and Academy Director of the Phoenician, Scottsdale. Besides tennis, Jason was also an accomplished singer/songwriter. He was a creative and thoughtful poet, blending his positive spirit seamlessly into his lyrics. Jason collaborated with many Phoenix artists and released professional EPs (Jason Gerardo, Unknown, Waking Up and 108 Beads) along with high quality music videos. He also enjoyed performing live at local music venues. He is survived by Ella Gerardo (daughter), Nancy Gerardo (mother), Shaun Gerardo (brother), Chris Gerardo (uncle), Carter Gerardo and Tessa Gerardo (cousins). He also leaves behind his best friends, David Weinzweig, Olivier Coscas and Mardi Johnson. A celebration of life will be held on Wednesday, April 11, 2018 at 10:00 A.M. at Whitney & Murphy Funeral Home, 4800 E. Indian School Road. Interment will follow at St. Francis Catholic Cemetery, 2033 N. 48th Street, Phoenix.

Offer Hugs From Home Condolence for the family of GERARDO, JASON ALAN