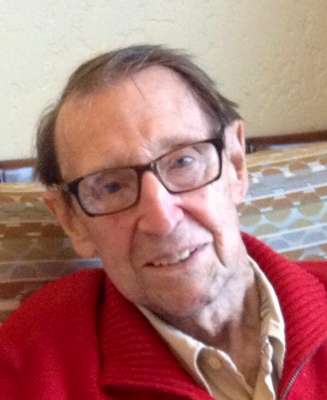 Dr. Josef Jakob Gerster, loving husband and beloved father, passed away in the early morning hours of Sunday, June 21st, 2015. Dr. Gerster was a long-time resident of the Valley, practicing internal medicine and cardiology in Scottsdale while raising a family in the growing Town of Paradise Valley.   He was born August 28th of 1923 in Saarbrücken, Germany, the oldest of four children born to Jakob and Maria Gerster. As a young man, he was initially interested in a career as a diplomat, and so he enlisted in an officer training program in the German Army when he was 18, choosing to serve under the command staff of Field Marshall Erwin Rommel’s Afrika Korps. By the time he arrived in North Africa, he was needed instead on the front lines, and he served in Libya, Sardinia and Corsica before finally being captured in a small town in Italy in November of 1943.   For the remainder of the war he was interred as a POW at a large camp in Atlanta, Nebraska, where his previously unknown ability to identify the Malaria virus under a microscope earned him a coveted job in the camp hospital under the guidance of U.S. Army medical staff. He left with a gifted copy of Gray’s Anatomy and aspirations for a new career in medicine.   After completing his university and medical school education in France and Germany after the war, he did his internship at the U.S. Army Hospital in Frankfurt, Germany. In August of 1957, during a brief trip back to Frankfurt to visit friends before starting his residency in the United States, he met Dr. Carolyn Taylor, Army captain and medical resident, and thus began a whirlwind, international courtship that culminated with an accepted proposal in Cleveland, Ohio, where he was scheduled to complete his residency in the field of cardiology.   They were married in February of 1958, in Portland, Oregon, and moved to the growing town of Phoenix in 1959, where they built a home, started a practice, and raised five sons. During his long medical career, he served as the head of cardiology for Scottsdale Memorial Hospital and was a Fellow of the American College of Cardiology. He and Carolyn enjoyed travelling extensively throughout the world, especially to the exotic locales, and he always remained an avid lover of history and politics, never quite shaking his original diplomatic aspirations. His gentleman’s demeanor, always classic sartorial style, and the German accent and idioms he could never quite shake, made him iconic to co-workers, friends and family, and so he will be remembered and missed.   He is survived by Carolyn, his wife of 57 years, and sons John, Eric, Kurt, Mark, and Karl, ten grandchildren, and a host of relatives in Germany and abroad. In lieu of flowers, the family suggests that donations be made to Hospice of the Valley at hov.org. Memorial Mass will be held at 1:00 pm on Friday, June 26th, 2015 at Our Lady of Perpetual Help Catholic Church, 7655 E. Main Street in Scottsdale, Arizona.

Offer Hugs From Home Condolence for the family of GERSTER, JOSEF JAKOB M.D.