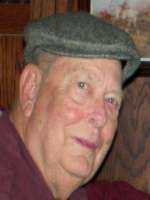 John C. (Jack) Gilmore, beloved and devoted husband, father, grandfather and friend, was called finally to rest by our Lord and His angels on September 4th. Jack was 80 years young. He was a true Arizonan. He was born in Phoenix to Felix and Louise Gilmore. Jack attended St. Mary’s High School and Arizona State University. He was stationed at Luke Air Force Base during the Korean War. He spent the last years of his life between Scottsdale and Pinetop. Jack was a firefighter for Rural Metro and successful business entrepreneur. He was the Safety Director for the Indianapolis 500 for 30 years. Jack passed following a three year struggle to recover from traumatic brain injury and related problems. He is survived by his wife Janice, his children, John, Pat, Peggy and their mother Joyce and 7 grandchildren. Jack died at home, determined to the end. He died with a beloved grandson and his wife by his side. He did it his way. Until we see him again, we’ll be loving and missing him. Visitation will be held from 12:00noon – 2:00pm with a Rosary at 1:30pm, Sunday, September 9th at Whitney & Murphy Funeral Home, 4800 E. Indian School Road, Phoenix. Funeral Mass will be at 10:00am, Monday, September 10th at Our Lady of Perpetual Help Catholic Church, 7655 E. Main Street, Scottsdale. Interment will be private. In lieu of flowers the family requests that donations be made to the charity of your choice in his name.

Offer Hugs From Home Condolence for the family of GILMORE, JOHN C. (JACK)