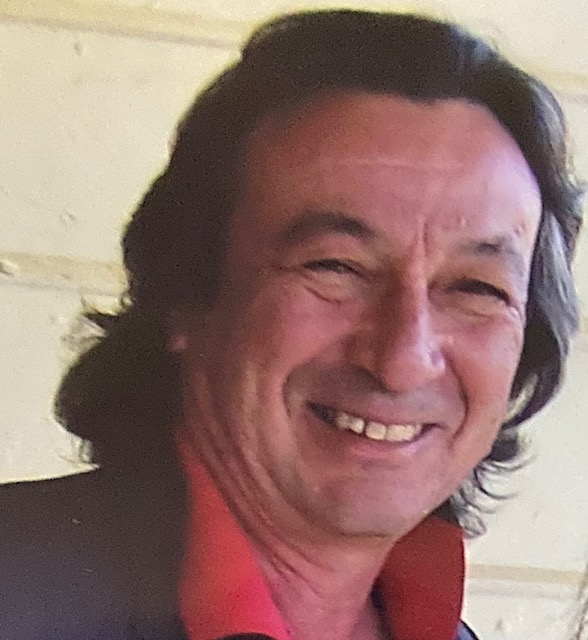 Phoenix – Alejo “Alex” Etienne Girón passed away peacefully at home on October 9, 2022, at the age of 66. He was born on November 6, 1955, at White Memorial hospital in Los Angeles, California to Carlos Longino and Henrietta Girón. He was predeceased by his father Carlos and sister Margaret. He is survived by his mother Henrietta, wife Debra, sons, Wesley, Joseph, Steven and siblings Carlos (Nick), José Andres (Albert) and Angela, all of whom carry the Girón family name. He is also survived by his stepdaughters Rebecca and Melissa Peiffer as well as numerous nephews and nieces, grandnephews and nieces, daughters-in-law, soon to be son-in-law and many cousins.

Alex had a passion for singing Karaoke, favoring performing tunes by The Rat Pack and Bobby Darin. He frequented many local establishments and was widely known for his singing talent. Additional talents included being a graphic artist and cartoonist. He was a member of I.A.T.S.E., Local 336 Union and contributed his graphic talents to many conventions throughout the Valley. He also favored Classic Sit Coms like Hazel, the Dick Van Dyke Show and The Brady Bunch. Additionally, he had a wide-ranging knowledge of Old Hollywood, the Golden Years of Spencer Tracy, Clark Gable and Katherine Hepburn. He was a strong couch player of Jeopardy as well. Alex enlisted in the US Army after high school and served his country while being based in Germany.

The family will hold a Celebration of Life on Wednesday, October 26, 2022 at 6:00 p.m. at Whitney & Murphy Funeral Home, 4800 E. Indian School Rd., Phoenix, AZ 85018. Flowers may be sent there. Contributions or donations may also be made to the Wounded Warrior Project, PO BOX 758516, Topeka, KS 66675 https://support.woundedwarriorproject.org
and/or St. Jude, https://www.stjude.org/donate on Alex’s behalf.

Offer Hugs From Home Condolence for the family of GIRON, ALEJO ETIENNE