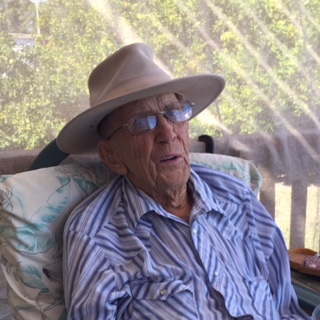 Duane Louis Gjerstad, died after fighting a battle with cancer and heart trouble. God finally took him home on Friday, January 12, 2018 at the age of 83. He was born in Eagle Bend, Minnesota on March 23, 1934. He was the youngest of 11 children. He was preceded in death by his mother and father, 6 brothers, 4 sisters, several nephews and nieces. He is survived by his wife of almost 60 years, Beverly Jean (Carlson) Gjerstad, daughter Candy Jean (Gjerstad) Blomgren, son Bruce Duane (Leslie) Gjerstad, 4 grandsons’, Kristopher Gjertad, Kevin Gjerstad, David Eric Blomgren, and Stephen Blomgren, one granddaughter Kiersten (Gjerstad) Dolan, many nieces and nephews and great nieces and nephews. A graveside service will be held at the National Memorial Cemetery of Arizona, 23025 N Cave Creek Rd., Phoenix on Friday, January 26th, at 9:00 A.M. A Celebration of Life service will be at the Fraternal Order of Eagles No. 3871, 3600 W. Rose Garden Lane, Glendale on Sunday, January 28th, at 1:00 P.M. In lieu of flowers please make donations to the www.DuaneGjerstadMemorialFund@GoFundMe.com

Offer Hugs From Home Condolence for the family of GJERSTAD, DUANE LOUIS