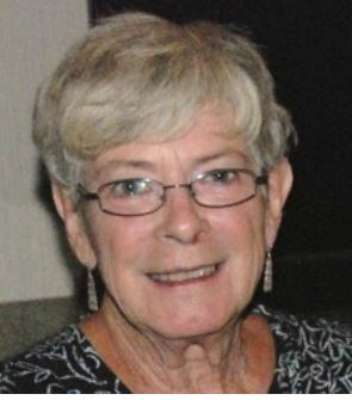 On September 6, 2016, Margaret “Peggy” Gmelich, passed away at her residence in Peoria, Arizona.   She died peacefully in her sleep at the age of 76.

Peggy was born in Chicago, Illinois on August 11, 1940 and was the daughter of Raymond and Margaret Shewbridge.

Peggy grew up on the south side of Chicago, attended Longwood High School, and continued her studies at Mundelein Teachers’ College and DePaul University.  She taught grammar school at St. Symphorosa from 1959-1962.

Peggy married Jim Gmelich on February 9, 1963 in Chicago, Illinois.  At the time of their marriage, Jim was attending the U.S. Army’s Officer’s Candidate School and he became a career regular officer retiring as a Lieutenant Colonel in 1984.   Peggy was her husband’s constant companion and rock as he served his country overseas in Korea and Vietnam and as her family moved from military base to military base throughout the United States and in Germany.  Peggy loved military life with its lasting friendships and embraced each move as a new challenge and adventure.

Peggy and Jim shared 53 wonderful and loving years of marriage.  They celebrated their 50th wedding anniversary on February 23, 2013 in a vow renewal ceremony surrounded by her extended family and large circle of friends.

Peggy was a devout Catholic and served as an Extraordinary Minister of the Eucharist for over 40 years. She held leadership and volunteer positions on school boards, parent teacher associations, and parish groups in every city and country in which the family lived.  Peggy was a loving and selfless wife, mother, and grandmother who adored her children and grandchildren. Her love for her family and friends was unconditional and without judgment.

If tears could build a stairway,

And memories a lane,

I’d walk right up to Heaven

And bring you home again.

In lieu of flowers, please send donations in honor of her granddaughter, Lilly Gmelich to the Cystic Fibrosis Foundation, 5055 E. Washington Street, Suite 130 Phoenix, Arizona 85034 or donate online at www.cff.org.

Offer Hugs From Home Condolence for the family of GMELICH, MARGARET ANN SHEWBRIDGE