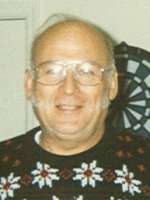 68, of Phoenix, AZ passed away
peacefully on July 30, 2011. Born in Phoenix on October 21, 1942, he graduated from Phoenix Union High School in 1960 and served in the U.S. Marine Corps in the early sixties. He was preceded in death by his parents Richard and Ernestine Gonzalez and his nephew and Godson Christopher Benites (Kristy). Benjamin is survived by his sister, Roberta Benites, brother-in-law David Benites Sr. and nephews, David Jr. (Angela), Richard (Valerie), niece Katherine and the Peralta cousins, Larry, Irene, Leticia and Francis who stayed by his side to help him in his time of need. He shared gentle kindness with everyone he met and will be dearly missed. A Memorial Service will be held Saturday, August 6, 2011 at 10:30 A.M. at Whitney & Murphy Funeral Home, 4800 E. Indian School Rd, Phx.

Offer Hugs From Home Condolence for the family of GONZALEZ, BENJAMIN FRANK