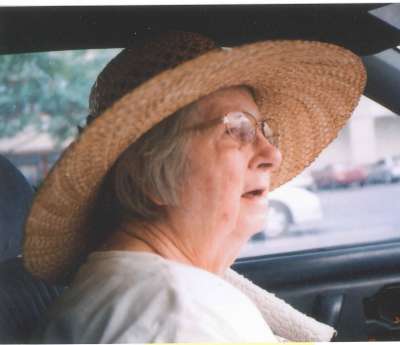 Beloved Grandma Janet Van Aken Goodrich passed away peacefully at home on October 4, 2014, at the age of 96, joining her husband in heaven at long last after his passing in 1971. She was surrounded by family members. Mother Teresa once said: “Not all of us can do great things but we can do small things with great love.” Those words exemplified Janet’s life. The center of everything she held dear was God and her family. Her home was always full of children.

Janet was born September 4, 1918, in Detroit, Michigan, to Geraldine and George Van Aken. She had six brothers and sisters. She moved to Phoenix in 1929 with her parents and two brothers because her mother had tuberculosis and her father needed work. As a girl she attended what were then called St. Mary’s Grammar School and then St. Mary’s Girls’ High School, from which she graduated in 1938. Because money and transportation weren’t easy during those years, she didn’t continue her education.

In 1946 she married James “Jimmy” Goodrich, an electrician and a native Phoenician of old Arizona roots who fought in the South Pacific during World War II. “I chased after only one boy in my life and finally got him,” she said. “Jimmy was seven years younger than I was. I always bragged that I’d never be a widow because I was so much older, but now look at me, I ate my words.” In her life she worked for the Salt River Power District and the Maricopa County Attorney’s Office, but her real work took place at home taking care of her family. She was also deeply involved in helping at St. Agnes Catholic Parish, where Catholic service was a big part of her life, and in serving the needs of her friends and the community.

Her hobbies included gardening, sewing, crocheting, and “changing diapers.” Her greatest accomplishments, she said, were her family and never breaking the law. Her secret of a long life was “eating everything I wasn’t supposed to.” She could never resist a dog or a cat and was surrounded by pets all her life.

She leaves behind her two daughters, Judy Lopez and Felicia, and her son Jim Goodrich, Jr., as well as 10 grandchildren and 15 great grandchildren.

Offer Hugs From Home Condolence for the family of GOODRICH, JANET VAN AKEN