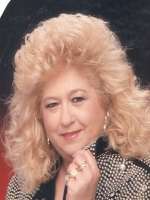 66, of Phoenix passed away on May 23, 2011, after a year long illness. Daughter to William and Iona Atkins, she was born in Chicago, Illinois on July 21, 1944. Barbara married Ron Goon and celebrated their 37th wedding anniversary on March 24, 2011 surrounded by family. Barbara was a loving wife, mother, grandmother and great-grandmother and sister. She will be greatly missed by Ron, her children Annamarie (Dawn) and Vince (Corinne) as well as her four grandchildren, Nicole, Erica, Erin and Lisa, two great-grandkids Breanna and Adam and sister Carolyn Bruno. She is preceded in death by her brother Joe and sister Peggy. Mom enjoyed her 16 career with Avon as an executive team leader. Her reps and customers were her adopted family. Mom was passionate about her family and friends. Visitation will be held on Wednesday, June 1, 2011 from 5:00-8:00 P.M., at Whitney & Murphy Funeral Home, 4800 E. Indian School Rd., Phoenix, AZ. Funeral Mass will be held on Thursday, June 2, 2011 at 11:00 A.M., at Unity Church of Phoenix, 1500 E. Greenway Rd., Phoenix, AZ 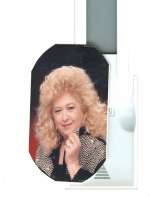 Offer Hugs From Home Condolence for the family of GOON, BARBARA