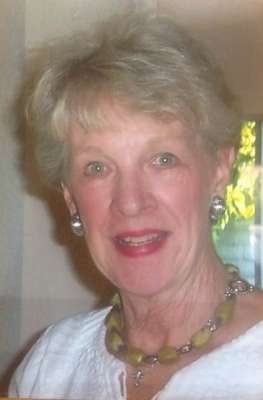 On April 15, 2016, Joanne M. Goss passed from death to eternal life after a short bout with cancer. Joanne was born on December 26, 1935 in Atlanta, Georgia and soon thereafter moved to Nashville, Tennessee where she attended Peabody Demonstration School, Ward Belmont School and later graduated from Harpeth Hall School in 1953. She attended Vanderbilt University. For many years she was employed by American Airlines and then founded and co-owned Sailair Travel Agency in Nashville. After moving to Arizona she became a licensed Real Estate Agent which she enjoyed for several years. She is survived by two brothers, Duncan Young Manley (Celeta) of Birmingham, AL and B. Stephens Dudley, M.D., (Laurie) of Nashville, TN, many step children and nieces and nephews whom she adored.   Her husband, Harry Thayer Goss of Scottsdale and her sister, Susan Manley Wade of Winston-Salem, NC predeceased her as did her parents. Joanne had a heart of gold, an infectious smile and a genuine interest in the welfare of all people. She brought much joy to so many people as a result of her concern and care for others. She loved to cook and entertain friends at her home. She and her husband Harry loved to travel and made an annual pilgrimage to New York City, traveled to Mazatlán, Mexico and spend summers in Coronado, CA. As Joanne’s illness became known, the outpouring of love and prayers from her many friends in Phoenix and Nashville was truly remarkable and sincerely appreciated by her family. A Memorial Service will be held at Saint Barnabas on the Desert Episcopal Church, 6715 N. Mockingbird Lane, Paradise Valley, AZ on Thursday, April 28, 2016 at 5:00 PM with Interment immediately following in the Garden at St. Barnabas. A reception for her many friends will be held at the Club House at Casabella on Lincoln Avenue thereafter. In lieu of flowers, memorials may be sent to St. Barnabas on the Desert, the American Cancer Society or Hospice of the Valley.  Arrangements entrusted to Whitney & Murphy Funeral Home.

Offer Hugs From Home Condolence for the family of GOSS, JOANNE M