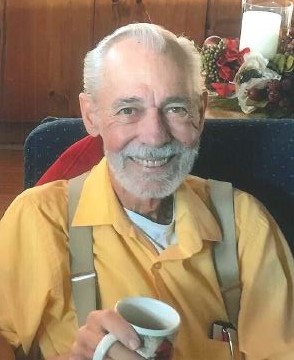 James Nick Gotsis, died after fighting a battle with cancer. God finally took him home on Thursday, January 18, 2018 at the age of 76. He was born in Nogales, Arizona on January 10, 1942 to Nick and Leonor Cevallos Gotsis. He was the youngest of 4 children. He was preceded in death by his mother and father, 1 brother and 1 sister. He is survived by his wife of 54 years Rina Beruatto Gotsis, sons Nico and Dino Gotsis, daughter-in-law Tracey Paz Gotsis, one grandson Noah Gotsis, and one granddaughter Natalie Gotsis, his sister Leonor Timmerman, and his brother George Gotsis of Phoenix, Arizona. A Funeral Mass will be held at 10:00 A.M. on Thursday, January 25, 2018 at St. Francis Xavier Catholic Church, 4715 N Central Avenue, Phoenix. The family will be greeting friends and relatives immediately following services at St. Francis Xavier Catholic Church. In lieu of flowers the family requests memorial donations be made to Hospice of the Valley, 1510 E. Flower Street, Phoenix. Arrangements entrusted to Whitney & Murphy Funeral Home.

Offer Hugs From Home Condolence for the family of GOTSIS, JAMES NICK