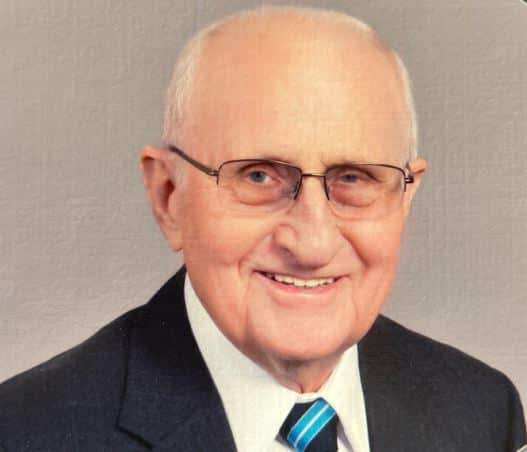 Joseph “Jerry” Gough, 93, passed away December 4, 2022 in Phoenix, AZ. He was born May 26, 1929, in Detroit, Michigan, the son of James Gough and Mary Alvey. One of eight children, the family was very poor. Occasionally, the State of Michigan would remove the children from the family and place them temporarily into foster care. Despite this, he graduated from high school in 1947, began working for the City of Detroit in the Parks Dept. and joined the Marine Corps Reserves. When the Korean War broke out, he was called up for service. He fought in the Battle of the Chosin Reservoir and was later wounded in combat by shrapnel. This would result in limited mobility of his left arm and a Purple Heart. He received excellent medical care, first in Korea, then in Japan. For his rehabilitation, he was moved to the Great Lakes Naval Hospital. There he would meet a doctor who would inspire him to go the medical school to learn to treat the handicapped. Thanks to the G.I. Bill, he graduated from the University of Detroit, then was accepted into the University of Michigan Medical School. There he would meet the love of his life, Kathryn McColl, whom he wed in 1959. He graduated with a specialization as a Physiatrist (an M.D. in physical therapy and rehabilitation). He spent most of his career working at St. Joseph Mercy Hospital in Pontiac, MI, where he became Medical Director of the Physical Therapy department. Upon retirement, he and Kathryn spent many happy years traveling between their home in Bloomfield Hills, MI and their winter home in Sun Lakes, AZ. Kathryn preceded him in death in 2016. Not long after that, he would move permanently to Arizona. All of his brothers and sisters preceded him in death. He is survived by his children David (Nancy), Ann, Andrew (Jennifer), and six grandchildren: Jenny, Colin, Shannon, Andrew Jr, Lauren, and Madeline. He was an avid gardener and fisherman, a kind and gentle man, and a good father. A faithful Catholic all his life, his faith in our Lord Jesus guided his life and provided him strength and comfort for the many challenges he had to overcome.

On Tuesday, December 13, 2022 a visitation will begin at 9:30AM with Mass to be held at 10:00AM at St. Steven’s Catholic Church, 24827 S. Dobson Road, Sun Lakes. Condolences may be expressed at www.whitneymurphyfuneralhome.com.

Offer Hugs From Home Condolence for the family of GOUGH, JOSEPH “JERRY”