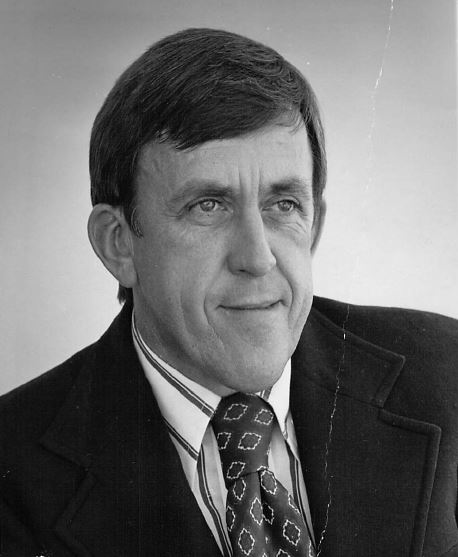 David W. Graef, Ph.D., age 93 passed away peacefully on December 18, 2022. Dave was born on September 20, 1929 in Chicago, Illinois to Henry and Dorothea Graef. Dave graduated from the University of Nebraska in 1951. While at Nebraska he lettered and played on the basketball team. Following graduation, Dave enlisted in the United States Air Force and served until 1959.
Dave successfully combined the world of business management with academia. For Dave, working and learning were synonymous. While holding full time management positions with ITT Canon Electric, Arizona Public Service Company, Good Samaritan Hospital and Samaritan Health services, Dave attained the following degrees over a span of 25 years: B.S in Education from the University of Nebraska, M,A, in Educational Psychology from ASU, completion of all
work for a Masters in Personnel Services from the University of Colorado and a Ph.D. in Adult Education from ASU. Before going into teaching and his private consulting Business, Dave served as the first chief operating officer for United Blood Services and helped develop a totally voluntary blood supply in more than 22 communities across the country.
Dave was also a full-time professor of upper-level MBA courses at ASU West. Along with Dean Overman, Dave developed the curriculum and obtained approval for the Graduate Program in Health Administration for ASU. He retired from ASU with the distinction of Professor Emeritus. Throughout his career, Dave volunteered his time and knowledge to various social service agencies. He was a former president and life member of the American Cancer Society as well as a management consultant to the Boys and Girls Clubs of Phoenix. However, Dave’s passion was the Phoenix Suns and all ASU sports. He was a Suns season ticket holder for over 50 years and an ASU football and basketball season ticket holder since 1961.
Dave is survived by his wife of 61 years Claudia Graef, his stepson William Nebeker (Janelle), his six grandchildren Matt Nebeker, Marshall Nebeker (Tessa), Garrett Nebeker-Hay (Connor), Blythe Nebeker, Zac Shoush (Angela) and Trevor Shoush (India) and three great granddaughters Bodie, Emma and Sienna. Dave will be missed at all the family’s events and gatherings he always attended.
Dave was preceded in death by his beloved stepdaughter Liz Sever (Mark). The family will hold a private service to celebrate his life. Condolences may be expressed at www.whitneymurphyfuneralhome.com.

Offer Hugs From Home Condolence for the family of GRAEF, DAVID W.