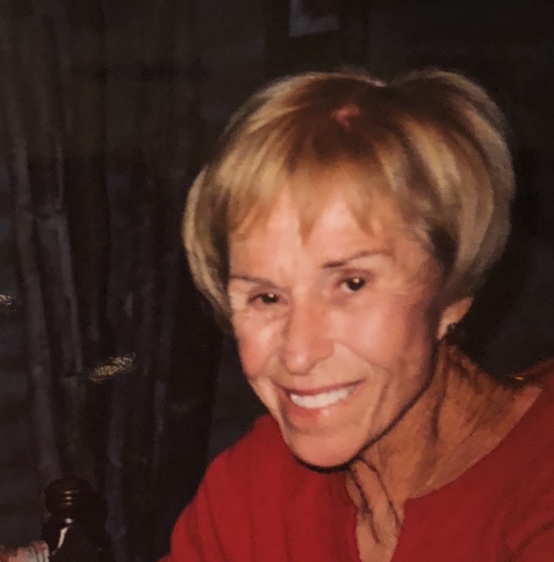 On April 12, 2018, Betsy Graham lost her yearlong battle with cancer. Betsy fought cancer as she did everything in life, with grace and strength. Betsy was born September 21, 1934 in Duluth, MN to Elizabeth Forward and Howard A. Sukeforth. As a young girl, Betsy attended Duluth State Teachers Community Elementary School, high school at Stanbrook Hall, and Carleton College. She later graduated a member of Pi Beta Phi from the University of Minnesota. After graduation, Betsy married, moved to Brainerd, MN and started her family with sons Scot and John. Son Tom was born after moving to Phoenix in 1962. As a child, Betsy spent many sun-filled vacation days with her parents in Arizona and welcomed the move west. Though not an Arizona native, Betsy was a true Phoenician and devoted her time to so many of the Valley’s great institutions over the years. She was a member of the Junior League of Phoenix, Visiting Nurse, and spent 14 years volunteering at Banner Good Samaritan Hospital. Betsy also served as a docent at the Heard Museum for many years. A fine golfer and tennis player, she enjoyed her time at Phoenix Country Club in the WGA. Traveling the world and delighting in the accomplishments of her sons and grandchildren brought her the greatest joy. Betsy is preceded in death by her mother Elizabeth and father Howard. She is survived by her sons Scot Graham, John Graham and his wife Kathleen, and Tom Graham. In addition, Betsy leaves behind her adored grandchildren who affectionately referred to her as Meme: Justin (Mary Curtin), Annie (Shetha Alaskar), Will, and Tyler. Betsy is also survived by her cherished dog, Lulu. Until the end of her life, Betsy was so well cared for by her many family and friends. The family would especially like to thank her friends and the staff and nurses of The Terraces Skilled Nursing Center for their unwavering support and care as well as Dr. Nitika Thawani of the University of Arizona Cancer Center for her wonderful care. A Celebration of Life Service will be presided over by Father Daniel J. Sullivan, SJ, Father Kevin Dilworth, SJ, and Father Philip J. Postell, SJ at Phoenix Country Club on Tuesday, May 15th at 4:30 P.M. In lieu of flowers, the family requests that donations be made in Betsy’s name to Banner University Medical Center Phoenix (Banner Health Foundation, 2901 N. Central Avenue, Suite 160, Phoenix, AZ 85012) where she served in the surgery waiting room for so many years or to Brophy College Preparatory (4701 N. Central Avenue, Phoenix, AZ 85012). Arrangements entrusted to Whitney & Murphy Funeral Home.

Offer Hugs From Home Condolence for the family of GRAHAM, BETSY S.