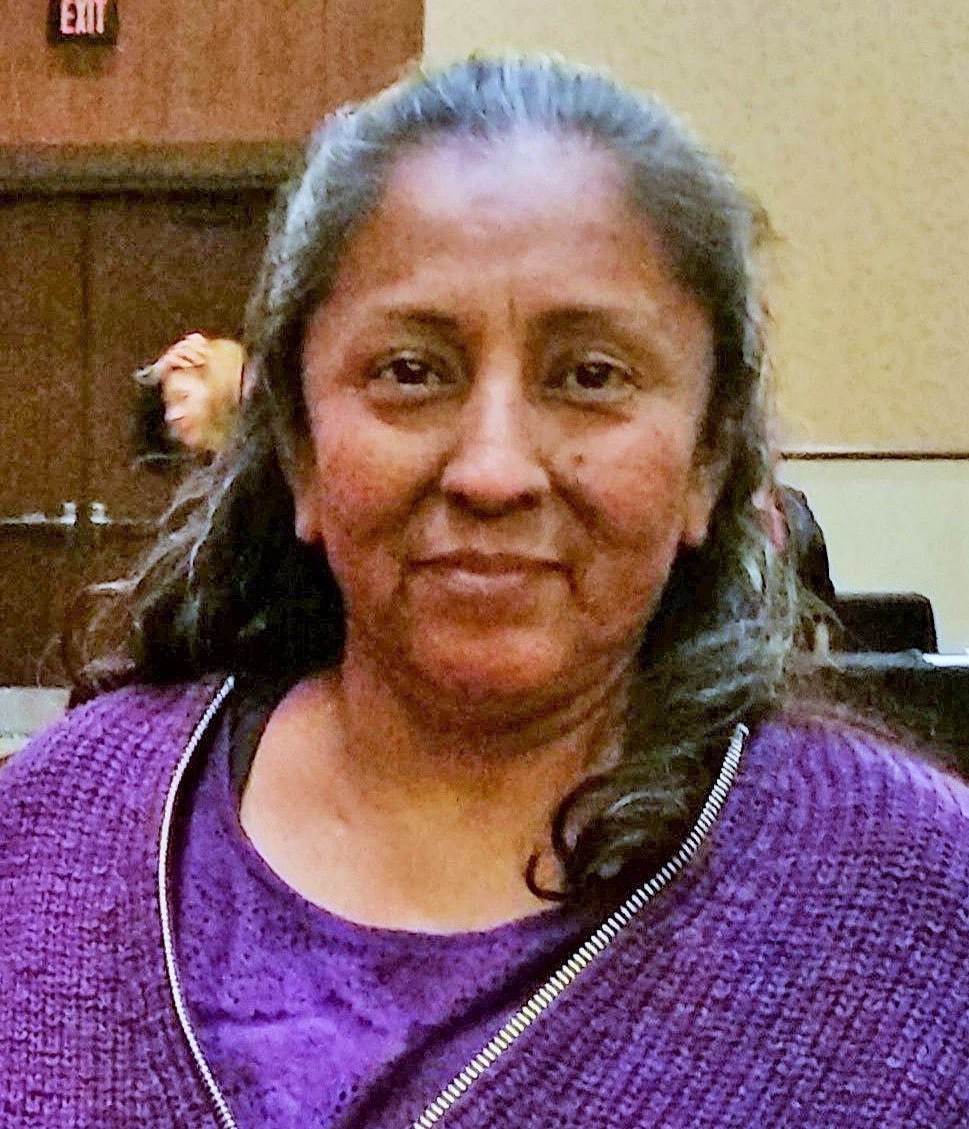 Ruth Ann Greyeyes passed away in the early morning hours on Wednesday June 23, 2021 at the age of 56 at Banner Tucson University hospital in Tucson, Arizona. She was born in Sells, Arizona and raised in Phoenix. Daughter of Josephine Lena Johnnson and Eugene James Johnson, she was the youngest of 11 children. She is survived by her husband Steve, her son Steven, daughter Shannon Greyeyes and two dogs Levi and Lucky. Along with her two brothers Roger and Ron Jonhson. As well as sisters Roseleen Johnson, Rita Watkins and many nieces and nephews. Although Ruth Ann never had her own grandchildren, she had love for children in the family who had brought happiness in her life. Recently, she had the pleasure of having two young lives bring life into the home in her final months of life

While growing up in Phoenix, Arizona, Ruth Ann attended elementary school at St. Francis School and then proceeded on to high school at Central High School. Her freshman year of high school she had taken a summer class and it was then when she had met her best friend, now husband Steve Greyeyes. They have been married for nearly 35 years as of December 26, 1986. Steve and Ruth were nearly inseparable. They spent their time watching their favorite T.V shows, shopping, or just playing games on their phones together. Although Ruth Ann never graduated, she was hardworking for a variety of different jobs like Tokyo Express, St. Joseph Hospital Cafeteria, See’s Candy, Ping, and working for Inventory jobs. Ruth is known for being dependable, caring, friendly, goofy and many other different characteristic traits.

For instance, Ruth Ann was dependable by helping arrange teams for car dealerships parts department for inventory. Friends would say that if she said she was going to do something, she did it. Ruth Ann had a lot of friends she gained by going to dialysis, work, medical transport, and other gatherings. Her family thought of her as a strong, goofy, caring wife and mother. Although she had health problems, she was strong by pushing through the difficult moments.

Offer Hugs From Home Condolence for the family of GREYEYES, RUTH ANN