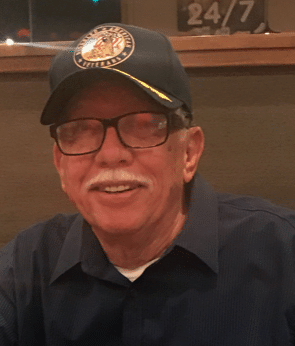 Armando S. Griego, 71, beloved son, brother, uncle, and Vietnam Veteran. He passed away December 31, 2020, of natural causes, peacefully in his sleep. He was born April 5, 1949, in Florence, Arizona. The son of Theresa Vasquez and Placido Griego. He was raised by his mother in Superior, Arizona. He was an athlete in high school, always sharing great memories of that time with family and friends he knew growing up. Armando graduated from high school in 1968 and joined the army in 1970. Having served faithfully and honorably, was retired from the United States Army, December 15, 1971. He was awarded a Purple Heart and a Bronze Star Medal. He sustained a brain injury and was returned home to his mother and brother a veteran with disability. His life would never be the same. He was still a devoted son, brother, and uncle. We were blessed to have him as a part of our family for fifty years, leaving us with many loving memories. He was the kindest most caring soul. He just wanted to protect and care for his family. We were proud to be his family.

He is survived by his brother, Edmond C. Schloss, his sister in-law, Connie Schloss, his niece Heather Andazola (Ruben), their children, Trey Andazola and Lexi Andazola, his niece Nicole A. Peters and her children Jason N. Peters, Angelina M. Peters, and Ella R. Peters. He is preceded in death by his parents.

Visitation will be held on Thursday, January 14, 2021 from 5:00 – 7:00pm with Rosary Prayers at 6:00pm. at Whitney & Murphy Funeral Home, 4800 E. Indian School Rd, Phoenix. Due to Covid masks are required to be worn inside the funeral home with limits of 50 guests. Friday, January 15, 2021 at 10:00am, Mass will be celebrated at St. Francis Xavier Catholic Church, 4715 N. Central Avenue, Phoenix. Masks are required to be worn inside the church along with social distancing. Followed by a blessing at the cemetery with military honors at St. Francis Catholic Cemetery, 2033 N. 48th Street, Phoenix. Condolences may be expressed at www.whitneymurphyfuneralhome.com.

Offer Hugs From Home Condolence for the family of GRIEGO, ARMANDO S.