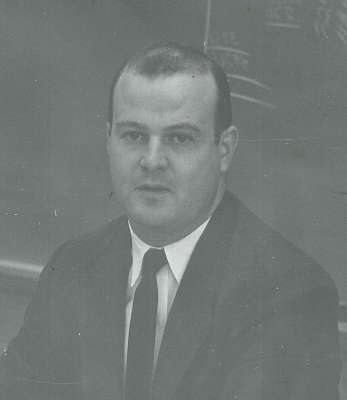 He was a graduate of Manual Training High School in Park Slope Brooklyn before faithfully serving our country in the Airforce during the Korean War. After the war, he attended Davis and Elkins College in Elkins, West Virginia. He met his future wife of 56 years Marylin H. Coe while waiting for a train at the New Rochelle station where both were headed to the Berkshires to be summer camp counselors in Monterrey, MA. The year was 1953.

After working as a newspaper reporter, his book publishing sales career began in 1964 with Pitman Publishing Company, based in New York City, and then in 1971 with National Textbook Company, based in Skokie, IL. He was active in many government and civic groups including, The Westchester Republican County Committee, The American Legion, The Veteran of Foreign Wars and The New York State Guard. Dick was a fixture in New Castle town politics, St. John and St. Mary Church, and local youth sports coaching his son’s sports teams. Dick had a terrific sense of humor and was always a fun guy to be around. His smile and his pipe were ever present. Dick is survived by his children Richard T. Griffin, Jr and his wife Teresa of Scottsdale, AZ, Scott G. Griffin and his wife Kathryn of New York City; his brother John “Jack” Griffin and his wife, Marjorie, of Ponte Vedra, FL, James Griffin and his wife, Patricia, of Madison, CT; and his grandchildren Mark, Thomas John “T.J”, Alexandra “Alex”, and Liam. He was predeceased by his brothers, William E. Griffin Jr. and Robert Griffin. Visitation will be held at 9:00 AM with a Funeral Service at 9:30 AM, Thursday, September 10, 2015 at Whitney & Murphy Funeral Home, 4800 E. Indian School Road, Phoenix. Interment will follow at 11:00 AM at National Memorial Cemetery of Arizona. In lieu of flowers, the family has asked for donations be made to vfw.org

Offer Hugs From Home Condolence for the family of GRIFFIN, RICHARD