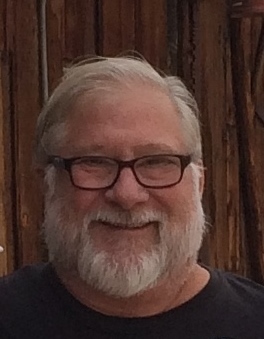 Lawrence F. Grucky, died peacefully with his family by his side on December 16 at the age of 66.  He was born on August 24, 1950 in St. Paul, Minnesota to Arthur and Margaret Grucky.  At the age of 4, the family relocated to Phoenix.  He graduated from Gerard High School and started classes at Phoenix Community College.  In 1970 he joined the Coast Guard and finished his service in New London, Connecticut, cooking for cadets at the US Coast Guard Academy until he was honorably discharged in 1973.  Returning to Phoenix, he began working as a cook at Paradise Valley Country Club (PVCC).  After graduating from the American Culinary Federation Educational Institute at the Arizona Biltmore in 1977 he became a certified Sous Chef staying at PVCC for 34 years.  He was a member of the Chef’s Association of Greater Phoenix and retired in 2007.  Gardening was his hobby and cooking, especially for his family, was his passion.  He was preceded in death by his father, mother and two brothers.  He is survived by his wife, Toni, his son, Chad of Phoenix and daughter, Tara (Alex) Robinson, grandsons, Brenner and Kolton, of Laguna Niguel, California, his brothers, Tom (Karen) of Fallbrook, California, John (Nancy) and Michael (Lani) of Phoenix and many nieces and nephews.  A Private Service for the family is being held Wednesday, December 21, 2016 and a Celebration of his life will be held On January 21, 2017 at the Phoenix Country Club, 2901 N. 7th St. from 11 a.m. – 3:00 p.m., for all the family and friends whose lives were touched by Larry.  Donations can be made to the 100 Club, 333 N. 44th Street, Suite 100, Phoenix, AZ 85008 or 100club.org.  Arrangements entrusted to Whitney & Murphy Funeral Home.

Offer Hugs From Home Condolence for the family of GRUCKY, LAWRENCE