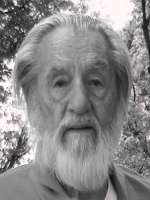 quietly and peacefully moved to his new home with our Lord on Tuesday, September 20, 2011. Born July 25, 1924 in Lackawanna, New York, he grew up in Niagara Falls while working in his parents’ Italian bakery. He was drafted into the Army in 1943 and served in the European Campaign during WWII. After the war, he earned a degree in Physics at USC. He joined Air Research in Los Angeles as an engineer, eventually transferring to Phoenix in 1954, where he worked for 36 years before retiring in 1987. Bill was a long-time parishioner of St. Agnes Catholic Church where he volunteered as an usher and served on various committees. He was a member of the Knights of Columbus and St. Vincent de Paul. After retirement, Bill spent most of his time volunteering for St. Vincent de Paul delivering food baskets to the less fortunate, and sorting and stocking food donations in the warehouse. He still found time to volunteer with Phoenix elections, help others, bake pastries, and enjoy family. Bill had two children, Frances who preceded him in death, and David (Barbara). He is also survived by two grandchildren, William and Anna. He was devoted to his family and grandchildren, gathering with them often and attending all their milestones. Even during retirement, he kept abreast of his interests in science, religion, and archaeology. His hobbies included woodworking, fixing anything, and his two canine companions, Irma and Schatzie. The sign on his front door read “The dog and his housekeeping staff live here.” Bill’s smile and quirky sense of humor will be missed by all who crossed his path. A Funeral Mass will be held at 10:30am, Saturday, October 1, 2011 at St. Agnes Catholic Church, 1954 N. 24th Street, Phoenix, 85008. A reception will follow immediately afterwards at the church. In lieu of flowers, please consider a donation to the Society of St. Vincent de Paul, Phoenix at P.O. Box 13600 Phoenix, AZ 85002 or http://www.stvincentdepaul.net/donateMain.htm.

Offer Hugs From Home Condolence for the family of GUARINO, WILLIAM (BILL) SALVATOR