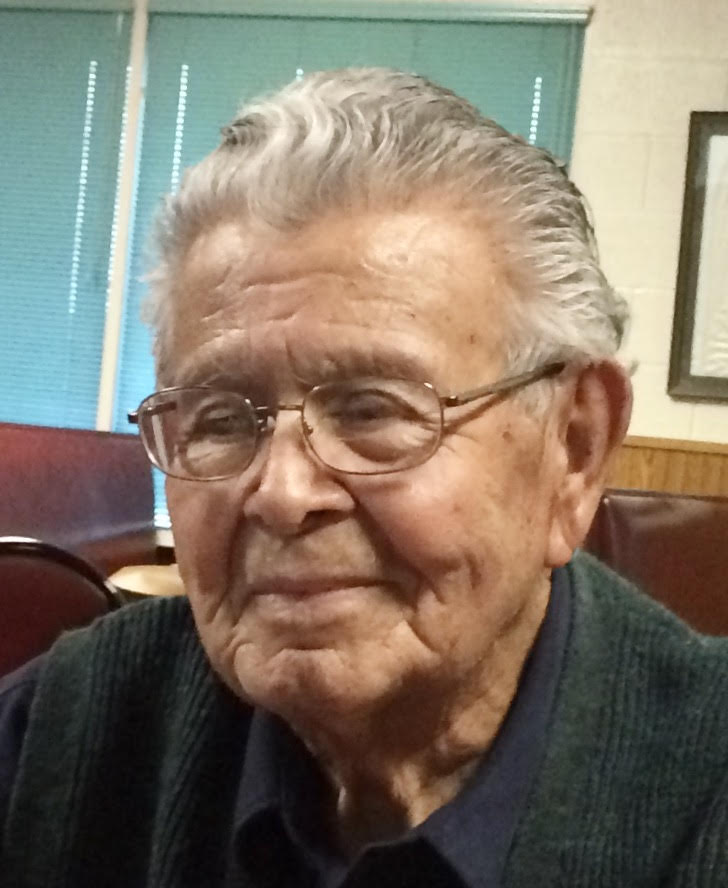 Juan Francisco Guerrero of Phoenix, AZ was born on February 23, 1926 and grew up in Mesa, AZ. On April 17, 2021 he passed away peacefully. He was preceded in death by his parents Juan and Francisca Guerrero, his beloved wife Estefana, his brothers Tony, Henry, Lalo, Arturo, Alex, Pepe and his sister Gloria.

Juan served his country during World War II he was a mortar man for his unit in the Army in Japan. Upon returning to the states he married Estafana and they made their home in Phoenix and he worked at Cudahy Meat Packing for years while also selling real estate for his brother’s business Casa de Guerrero. After his retirement from there he went to work for Sam’s Club where he was employed for 10 years as a food demo, where he enjoyed seeing old friends and meeting new ones. He always had a story to tell.

He and his wife were parishioners of St. Mark’s for many years; where he would volunteer many hours at the parish, and then they relocated to St. Agnes Parish.

There were the many deer hunting outings with his brothers, son, nephews, and friends; which he always enjoyed. Also, there were many trips with the family to California where they would visit their good friends Bill and Peggy Huerta.

He was from the generation that if you worked hard nothing was impossible. For him it was nothing for you to hear, on a Saturday morning, a wall being taken down in their home only to make more room for the family. He always was there to help other family members as well, with a smile on his face and determination to get the job done. No task was too hard for him, he wasn’t a quitter.

He was a patriarch of our family, well loved and respected.

Visitation will be held at 9:30 AM with a Rosary at 10:00 AM followed by Mass to be celebrated at 10:30 AM on Friday, May 7, 2021 at St. Agnes Catholic Church, 1954 N. 24th Street, Phoenix. Graveside with Military Honors service will take place at St. Francis Catholic Cemetery following church.

Offer Hugs From Home Condolence for the family of GUERRERO, JUAN FRANCISCO