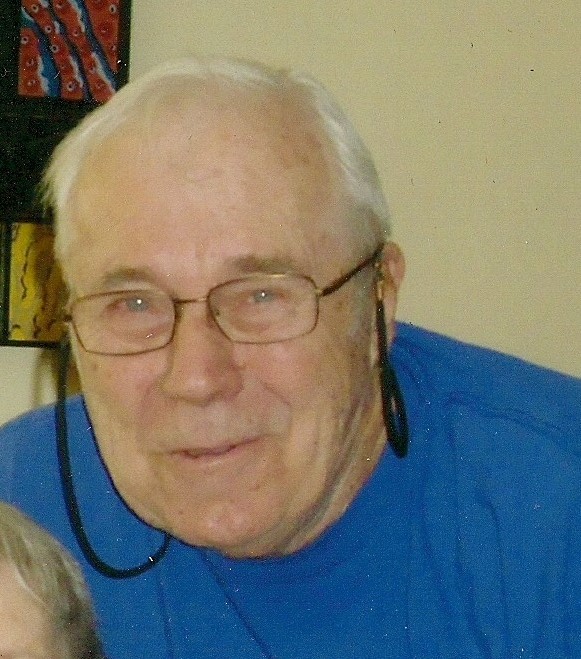 Robert Earl Haberer, 90, passed away on January 20, 2019. Bob was born in Buffalo, New York, on May 30, 1928, to Mildred and Earl Haberer. He met and married the love of his life, Phyllis Stafford, while attending college in Buffalo. He served in the United States Army and was a Staff Sergeant in the Korean War. A gifted artist, he taught art at Buffalo State University, and hosted a local children’s television show entitled “The Mr. Bob Show” for several years. The family moved to Phoenix in 1963, where Bob worked as an administrator in the Phoenix Union High School District. He missed the kids and the classroom, however, and subsequently taught art at Camelback High School, where he also became the golf coach and later coached golf at Phoenix College until his retirement. Phyllis and Bob had two children: Rod and Kathy. Sadly, Kathy passed away on March 2, 2012, and Phyllis on March 12, 2012. They are all together now, and no doubt Bob is regaling them with stories about his adventures these last seven years. Bob is survived by his son Rod (Ellen), Kathy’s husband Fred Tegarden, granddaughters Chelsea Haberer Raupers (Joe), Heather Haberer, and Christy Tegarden Davis (Chase), and four great grandchildren. Bob loved his family, his many friends, playing golf, the Buffalo Bills, creating amazing paintings and sculptures, playing the drums, Frank Sinatra, Stan Kenton, Maynard Ferguson, his many dogs, reading books on his Kindle, eating Bloomin’ Onions and fish and chips, going to the movies, Charlize Theron, Rene Russo, and sharing funny stories. He will be missed by everyone whose lives he touched: family, friends, neighbors, and countless students who all loved and will never forget Mr. Bob. Bob enjoyed a good party, and it was his final wish that a celebration of his life take place at his home, where his art work will be available for donations (or nothing at all) with all proceeds going to the American Cancer Society.
His party will be held at his home on Saturday, January 26, 2019, at noon.

Offer Hugs From Home Condolence for the family of HABERER, ROBERT EARL