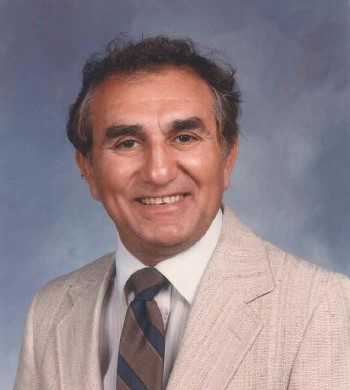 Beloved father, grandfather, brother, godfather, and uncle, passed away on Friday, August 11, 2017. Born March 26, 1934, and raised in Clinton, Iowa. Received his BA in education from University of Iowa and his Master’s Degree from ASU. A government teacher for 30 years, he was highly respected by his students who throughout the years thanked him for the lessons they learned that affected their lives. He was honorably discharged from the Army where he served two years. He was rewarded with the GI Bill, which paid for a portion of his education, where he became a teacher, retiring in 1994, and continuing as a substitute teacher for another 10 years. He was happily married to his wife, Lynda, for over 53 years. They were married in 1964 in Phoenix, AZ, at St. Agnes Catholic Church. Along came two children, Christopher and Tiffany. And along came the bills. At times, he worked three jobs at once to provide for his family, which left him little time to participate in their growing up. He also found time and resources to give of himself to his churches, St. George in Phoenix, and St. Ignatius in Mesa. He was the head wrestling coach at two different high schools, traveling with the team to meets. He was a strict coach, often cutting kids’ hair so they could reach their desired weight. Additionally, he insisted on no girlfriends during the season. He had a full and blessed life as he played tennis, waterskied, danced, hiked (often with his grandchildren), biked, played bridge and traveled almost the entire globe. He was easy-going, loved to meet people, and loved his wife, Lynda, his sisters, Elaine and Bernice, his nieces, Adrienne and Morgan, his nephew, Nick, his children, Chris and Tiffany, his son-in-law, Shawn, and his five grandchildren: Ryan, Eric, Andrew, Tyler and Emma, who will miss him forever. Visitation will be held at 6:00 P.M. with Trisagion prayers at 6:30 P.M. on Wednesday, August 16, 2017 at St. Ignatius Antiochian Orthodox Church, 5515 E. Redmond Circle, Mesa, AZ 85215. Funeral Service will take place at 9:00 A.M. on Thursday, August 17, 2017 at St. George Antiochian Orthodox Church, 4530 E. Gold Dust Ave, Phoenix, AZ 85028. Interment will follow at 12:30 P.M. at the National Memorial Cemetery of Arizona, 23029 N. Cave Creek Road, Phoenix, AZ 85024. In lieu of flowers, please make a donation to St. Ignatius Church, address above, or Hospice of the Valley

Offer Hugs From Home Condolence for the family of HADDAD, KENNETH G.