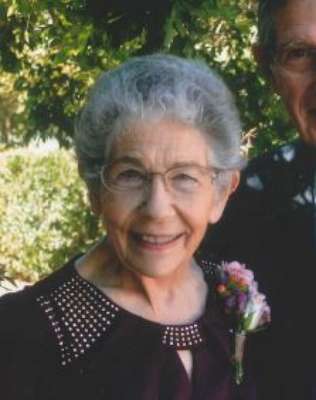 As a child, Marjorie attended Mt. Union Christian Union Church in Cooney, Ohio with her family. She enjoyed spending a lot of time with her brother Bill, getting the other siblings in trouble. She attended Fort Wayne Bible College for a year before marrying and raising her family. Marge and Ron moved their family to Arizona in 1973. She enjoyed sewing and making beautiful clothes for her children. She also enjoyed cooking and baking, making beautiful wedding cakes. Marge loved to play practical jokes on others, including her family. She loved delivering the newspaper with her kids. Marge also worked as a mail carrier for a short time and at Alpha Graphics, Mervyn’s and Better Health Chiropractic.

Marge is survived by her husband, Ronald and her children: Kent (Jeannie) of Glendale, AZ, Karlen (Sue) of Tempe, AZ, Keith (Debbie) of Phoenix, AZ, Krystal (Jeff) of Glendale, AZ, 17 grandchildren and 10 great grandchildren. Marge will also be missed by her brother, William (Barb) Bowles of Sun City, AZ, brother-in-law Dayton (Shirley) Hake of Fort Wayne, IN, sister-in-law Dolores (Keith) Sholl of Toledo, OH and many nieces and nephews. Marge is preceded in death by her parents, Ralph and Hazel, Ronald’s parents, Orlys and Alma Hake, her son Kelvin and her siblings, Mildred, Marie, Robert, Mary, Carl Dean and Margaret.

Funeral Service will be held at Monte Vista Church of the Nazarene, on Saturday, April 29, 2017 at 10:00am, with Keith Sholl officiating. Viewing and visitation will be held on Friday, April 28, 2017 from 5-8pm at Whitney & Murphy Funeral Home and 9:00am, Saturday, April 29, 2017 at Monte Vista Church of the Nazarene. Memorials may be made to Hospice of the Valley, Ryan House, Phoenix, AZ in memory of Marjorie Hake.

Offer Hugs From Home Condolence for the family of HAKE, MARJORIE ELLEN (BOWLES)