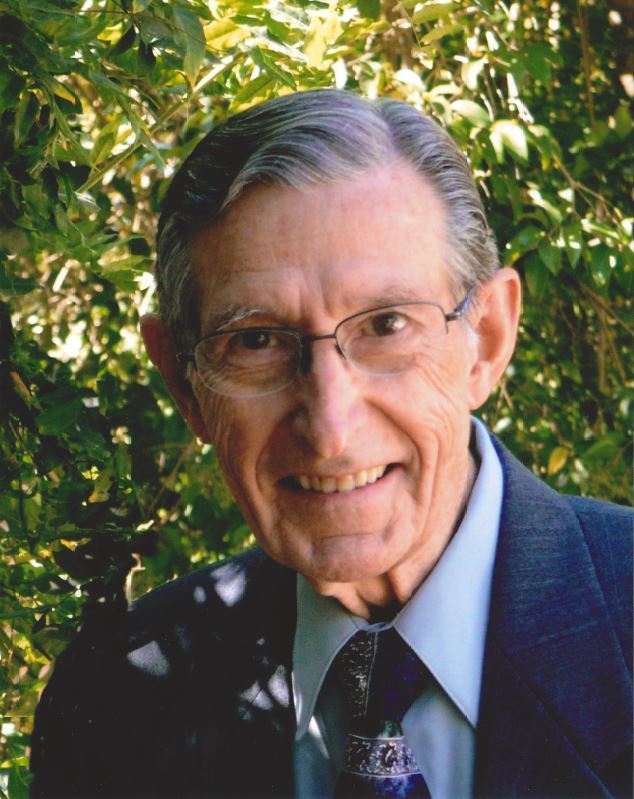 Ronald Lee Hake, age 85, passed away early in the morning of June 6, 2019. He was born February 11, 1934, to Orlys Virgil & Alma Matilda (Erb) Hake. He married Marjorie Ellen Bowles on June 3, 1954; they were married for 63 years.
Ronald was born in Edon, Ohio, the oldest of three children. He grew up working on the family farm and was a machinist by trade. In 1973 he moved his family to Phoenix, AZ for health-related issues. He retired from May Industries in 1999. His relationship with his Lord and Savior was of most importance to him. He served in the church for most of his life. After his retirement, he served the community of Monte Vista Church of the Nazarene. Most days he spent his time helping those with needs, assisting with household chores, or taking people to their doctors’ appointments. He would also find time to help his kids – painting was one thing he did great because he was so precise and neat. Most of Ronald’s later years he spent caring for his wife, who had a stroke in 2005.
Ronald is survived by his children, Kent (Jean) Hake of Glendale, AZ, Karlen (Sue) Hake of Heber, AZ, Keith (Debbie) Hake of Phoenix, AZ, Krystal (Jeff) Chamberland of Glendale, AZ; by his 17 grandchildren and 11 great-grandchildren. He will also be missed by his brother, Dayton (Shirley) Hake of Fort Wayne, IN, his sister, Dolores (Keith) Sholl of Toledo, OH, and his brother-in-law, William (Barb) Bowles of Sun City, AZ. Ronald is preceded in death by his wife, Marjorie; parents, Orlys and Alma; and son, Kelvin Hake.
Viewing and visitation will be held on Monday evening, June 24, 2019 from 6:00 – 8:00 P.M. at Whitney & Murphy Funeral Home, 4800 E. Indian School Road, Phoenix. Funeral service will be held at Monte Vista Church of the Nazarene, 3313 N 40th St, Phoenix, on Tuesday, June 25, 2019 at 11:00 A.M. Memorials may be made to Hospice of the Valley, 1510 E. Flower Street, Phoenix, AZ 85014, in memory of Ronald Hake.
Condolences may be expressed at www.whitneymurphyfuneralhome.com

Offer Hugs From Home Condolence for the family of HAKE, RONALD LEE