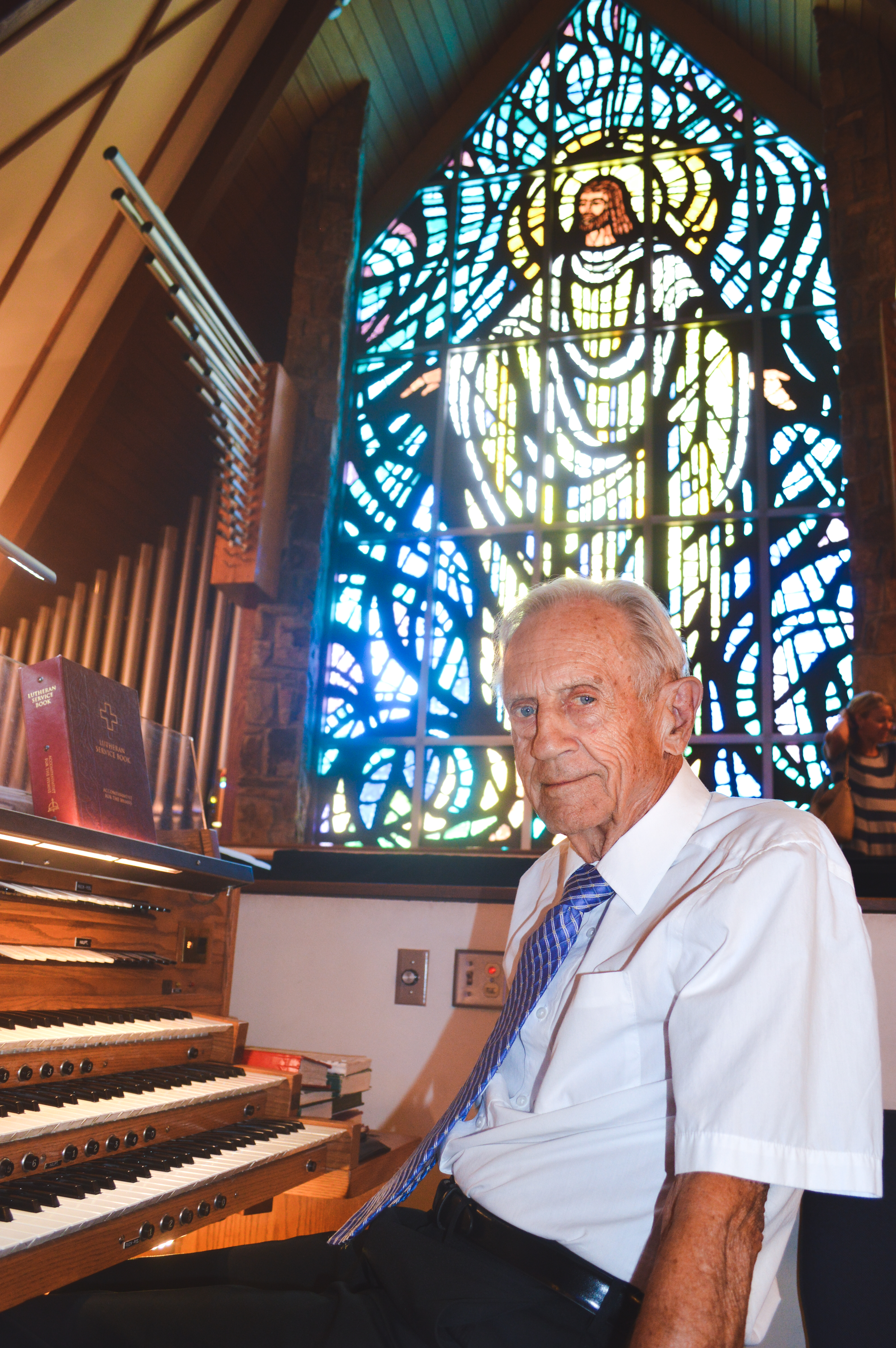 Ronald Vern Harman passed away on November 8, 2019 and entered into the loving arms of Jesus at the age of 87 in Phoenix, AZ. He was born to Carl and Mildred Harman on July 29, 1932, in Milwaukee, WI. Ron graduated from Concordia College in 1955 and earned a Master of Education Degree in 1962 from the University of Illinois.
After graduating from Concordia College in 1955, he accepted a Call to teach at Trinity Lutheran School in Springfield, IL. It was during his time in Springfield that he met Evelyn Krentz and shortly after they were married on June 22, 1957 at St. Matthew’s Lutheran Church in Chicago, IL. One year later in 1958 Ron and Evy moved to Danville, IL where Ron accepted a Call to be Principal/Teacher at Trinity Lutheran Church and School in Danville, IL.
Shortly after the move Nicholas Christian was born in 1958. The years in Danville proved to be a busy time for Ron and Evy as their family grew with the births of Anthony Carl in 1959 and Gregory Erich in 1961. Ron then accepted a call to Immanuel-St. Michael Lutheran School in Fort Wayne, IN. In 1962, the family welcomed their fourth son, Vincent Ronald. After four years in Indiana, the family moved west to Phoenix when Ron accepted the Call to be Principal/Teacher at Christ Church-Lutheran.
With a house full of boys, the family welcomed Gretchen Emily in 1969. As a father, he wanted nothing more for his children than for them to grow up knowing the Lord and to understand the importance of family. Summer road trips in the station wagon to the Midwest to visit family and friends created some great and lasting memories. As the children grew and became more active in sports, activities, clubs, etc. Ron and Evy made a point for one of them to be at each event, even if there were several going on at the same time. Ron instilled in his children the value of hard work, perseverance, finishing what you started, and determination as he modeled these attributes throughout his lifetime.
The years in Phoenix proved to be quite fruitful for Ron and his family. For thirty-two years, Ron worked tirelessly with many others to build Christ Lutheran School into an institution that would have a profound effect on the lives of thousands of children and their families. His deep love for Christian education drove him to lead by example and use some creative ways to provide the resources necessary to help the school thrive, even during some difficult economic times. Ron spent many years on the Board of Directors for the English District and was instrumental in the start of Valley Lutheran High School. In 1993 he was honored with the Christus Magister Award for his outstanding contribution to Lutheran education throughout his career and in 1997 was given the Master Educator Award from Concordia College, NE.
Ron loved the church and studying God’s Word. He could be found on Tuesday mornings leading or participating in the men’s group at Church and for more than 50 years taught a Sunday morning Bible study. He also spent many years as a leader in Bible Study Fellowship and Lutheran Cursillo. It brought him great joy to help lead men to a deeper understanding of God’s Word through many Cursillo weekends. During his years at Concordia College in River Forest, IL, he was given free organ lessons and as a way to “pay back” the church for the gift that he had received, he played the organ for Sunday services throughout his career and well into retirement. His music was a great way for him to retreat and find solace as he honored his Savior and brought glory to God.
One of Ron’s great loves was teaching 8th grade English. He found great satisfaction challenging young people to learn how to write more effectively and to find great meaning in some of the great literary works of our time. Many students remember his love of the English language and how he would teach them to understand complex sentence structures through diagramming. He loved his time in the classroom, as it enabled him to connect with students in a way that showed he truly cared about them and their well-being.
From a very young age, Ron felt called by God to go into the teaching ministry so he could share with others the power of the saving love of Jesus Christ. When God created Ron, He alone knew the work he would complete through Ron as a husband, father, grandfather, teacher, and educational leader. Praise be to God for Ron’s life and the way he stewarded God’s command so faithfully, and praise be to God that Ron is now welcomed openly into God’s arms with the loving words, ‘Well done, good and faithful servant.’

Ronald was preceded in death by his wife, Evelyn, his son, Nicholas, and granddaughter, Sarah. He is survived by sons Anthony (Carrie) Harman of Yuma, Gregory (Lisa) Harman of Phoenix, Rev. Vincent (Tammy) Harman of Yuma and daughter, Gretchen (Dave) Surridge of Phoenix; as well as 14 grandchildren and nine great grandchildren.
To God be the glory!

Offer Hugs From Home Condolence for the family of HARMAN, RONALD VERN