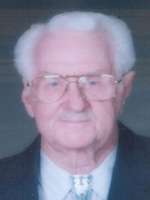 Robert Kenneth Harris, 81 years old, has gone to his Lord. Bob was selfless. He was a wonderful husband, brother, dad, step dad, grandpa, great grandpa, friend, pilot, painter, musician, artist, auto mechanic, and handyman. He retired from the DES after 30 years of committed service. He served his country during the Korean War and piloted a P2V in the Navy. He went on reconnaissance missions and was stationed worldwide in places like Okinawa and Adak, Alaska. He was a talented musician, playing the steel guitar, drums, rhythm guitar and his infamous Hogan Twanger, which he bought in Japan and taught himself to play. He and his dear friend Dom volunteered much time to play at retirement homes. He brought those elderly folks so much joy! They danced and sang along. Famous for his sense of humor, Bob was a shaggy-dog-joke fan. He was a man of his word with a heart of gold. He was honest, ethical, generous, warm, and loving. We will miss him very much. We were all truly blessed to have him in our lives. He is survived by his wife Ann, 2 sisters, 5 children, 14 grandchildren, and 11 great grandchildren. Visitation will be held Tuesday, July 31, 2012 from 9:30 – 10:30 A.M. followed by a Funeral Service at 10:30 A.M. at Whitney & Murphy Funeral Home, 4800 E. Indian School Rd., Phoenix. Interment will be held at St. Francis Catholic Cemetery, 2033 N. 48th St., Phoenix.

Offer Hugs From Home Condolence for the family of HARRIS, ROBERT KENNETH