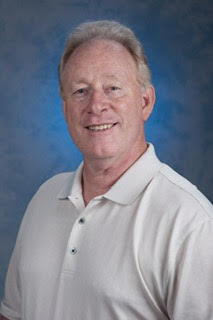 John William Hart, age 65 of Scottsdale, AZ passed away on September 14, 2019 with his wife, daughter and friend by his side. He was preceded in death by his parents, Claude Hart and Evelyn, and his brothers Larry Hart and Gary Hart. John was born in San Diego, California, and lived in Arizona for more than 40 years. He was a Staff Sergeant in the Air Force and served his country proudly for 12 years. For 31 years, he worked at Food for the Hungry, an international Christian relief and development agency, in the IT Department. John had many hobbies and talents, including playing 14 instruments, making and flying model airplanes and photography. John spent countless hours volunteering in many capacities, including teaching dozens of children to play the violin and other instruments for many years. John was referred to by many as a “gentle giant” because of his height and strength that belied an amazing tenderness and kindness for others.
John was a beloved husband, father, brother, uncle and friend. He is survived by his wife, Kelly; his children Sean Hart and Sara Hart; his fraternal twin brother, Jack Hart; his in-laws Paul Hurt (Mary), Rachelle Pariseau (Craig), and Kathleen Hurt (Paul Belk); and dozens of nephews and nieces.
A Memorial Service will be held at 10:00 am on Thursday, September 19, 2019 at Whitney & Murphy Funeral Home, 4800 E. Indian School Road, Phoenix, followed by a Military Service at 12:30 pm at the National Memorial Cemetery of Arizona, located at 23029 North Cave Creek Road, Phoenix.

Offer Hugs From Home Condolence for the family of HART, JOHN WILLIAM