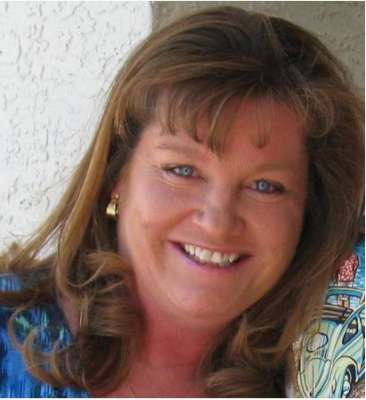 Patricia Jean Brewer Hart passed peacefully surrounded by family on August 26, 2015. Daughter of Patricia Ann and Dr. Edward Allan Brewer, she was born on December 5, 1964. She attended St. Gregory grade school, West High, and the University of Arizona. She was a member of Gamma Phi Beta sorority. She worked many years in the hospitality industry and was director of human resources with Embassy Suites/Hilton. She loved to spend time with family and friends, golfing, water-skiing, going to the beach, sunsets, and attending daily Mass. Gary and Patti volunteered at André House in Phoenix and volunteered at and contributed to four orphanages in Los Cabos, including the LB Orphanage and Casa Hogar. She is preceded in death by her mother Pat and stepmother Reba. She is survived by her loving husband Gary, her father Al, her sisters Terry Anderson (Tom), Deb Hamilton (Bob), Sue Royden (Bobby), Mary Ellen Terkelson, stepsister Jody Irick (Dan) and her twelve nieces and nephews. Patti was a proud member of both U-Can-2 Alano Club and the Cactus Study Group and Gary would like to acknowledge and give special recognition to all affiliated with them. The family extends special appreciation to the Hospice of the Valley at Ryan House for their kindness shown in her care.  In lieu of flowers, donations may be made in her honor to Hospice of the Valley. A visitation will be held Monday, August 31, 2015 from 6:00-8:00 PM with a Rosary at 7:00 PM at Whitney & Murphy Funeral Home, 4800 E. Indian School Road, Phoenix 85018. The Funeral Mass will be Tuesday, September 1, 2015 at 10:00 AM at St. Francis Xavier Catholic Church, 4715 N. Central Avenue, Phoenix 85012.

Offer Hugs From Home Condolence for the family of HART, PATRICIA JEAN BREWER