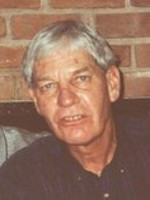 Hastings, George D. was born in Phoenix at Saint Joseph’s Hospital on Aug. 1, 1937. He died on Sept. 21 after a brief illness. His parents were Col. George and Theresa Hastings (deceased). This was a military family, and George attended schools in Arizona, California, Missouri, Florida, Georgia, Germany and Japan. He graduated from Narimasu High School in Tokyo in 1955. He also attended Georgia Tech and University of Arizona. At both, he was a proud member of Alpha Tau Omega Fraternity. The US Army called George to duty in 1960, and he spent time in Korea at a MASH Army hospital and was honorably discharged in 1962. He then attended U of A on the G. I. Bill. George spent most of his career in banking, and retired in 1995 as vice president and trust officer from First Interstate Bank, (later Wells Fargo). He was a trusted financial advisor for many Arizona trust customers and especially enjoyed the Sun City Trust Department. George was also CFO of Crystal Energy of Arizona in the early 1980’s and managed the firm’s oil and gas projects. He loved the outdoors, and enjoyed many days hunting, fishing, water skiing and camping in Arizona’s White Mountains. Survivors include his brother Larry Hastings and sister-in-law Diana Hale Hastings of San Diego, CA his nephew Larry Hastings, Jr. (Sarah) of Scottsdale, AZ nieces Angela Hastings Geiser (Tim) of San Jose, CA, and Holly Hastings Gines (Jason) of San Diego, CA. George is also survived by seven grand nephews and nieces, his Uncle Stanley Kalich (Lydia) of Wenachee, WA, and 24 cousins. Visitation will be from 5:00-8:00 pm with a Rosary at 7:00 pm, Wednesday, October 7, 2009 at Whitney & Murphy Funeral Home, 4800 E. Indian School Road, Phoenix. Funeral Mass will be at 8:30 am, Thursday, October 8, at Saint Theresa Catholic Church, 5045 E. Thomas Road, Phoenix. Interment with full military honors will follow at the National Memorial Cemetery of Arizona. In lieu of flowers, donations may be made to St. Vincent DePaul at St. Theresa.

Offer Hugs From Home Condolence for the family of Hastings, George D.